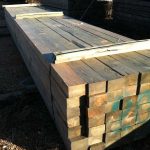 What column material should I use? My options are 4″x 6″ Pressure treated wood or finger-jointed glulams consisting of (3) 2 x 6 which are only treated on the bottom 6′. RANDY in NEW YORK

DEAR RANDY: This is why you should only build from a fully engineered set of plans. Your engineer of record will take into account things like – design wind speed, wind exposure, snow loads, soil bearing capacity, will there be a slab on grade or not, interior finished or not, roof dead loads (ceiling, roofing materials), slope of roof, column spacing, walls open, enclosed, partially enclosed, etc. to determine proper column size for your specific building. If you do not have engineered plans, go invest in them now.

I can tell you glulaminated columns are significantly stronger.

DEAR POLE BARN GURU: Planning a build with reclaimed lumber. Plenty of barns to reclaim. But owners want you to have insurance, which is a good plan for both parties. Having a hard time since we are not a business.

Any idea where we can get personal general liability insurance? DEE in MOUNT STERLING

DEAR DEE: You may need to form a business entity in order to get sufficient insurance to provide adequate coverage. Contact whomever you have home owner’s insurance with currently, as your agent should be able to either write a policy, or provide you with a referral to someone who can.

DEAR POLE BARN GURU: Hello, do you buy used steel pull barn doors? I have two, 7×10 that I’d like to sell. Please let me know.

Thank you! RIAN in ST. Paul

DEAR RIAN: Thank you for asking, however we use no used materials in our buildings. You might offer them for sale on Craigslist.

The fear factor – comes up again and again in construction. Today’s fear is a concrete slab being poured against the poles (columns) of an existing pole barn will cause the columns to decay.

We’d like to pour a concrete slab under the entire building (as it is dirt now).

I was just going to pour the concrete right up to, and around, the poles, but some folks have me thinking that the concrete directly on the wood will create a lot of condensation and moisture and eventually rot/weaken the poles right at the floor.

I hear of people using styrofoam or expansion joint felt as a wrapping for their poles, but all of those discussions relate to avoiding cracks in the concrete from pole movement. My concern is for the poles themselves.

What is an appropriate barrier material to clad the bare poles in, and then pour concrete right up to, that will prevent moisture from collecting on the poles themselves?

All comments and suggestions appreciated.”

Properly pressure preservative treated wooden timbers are not only designed to be buried in the ground (with the proper level of pressure treatment being UC-4B), but also are required by Code in cases where wood is in contact with concrete.

So, how is it concrete would cause condensation against the pressure treated wood? Concrete retains a significant amount of interstitial moisture for many years.  This moisture routinely moves in and out of a vapor phase, depending on the temperature and relative humidity.  Placing anything which is reasonably “barrier like” to moisture (which wood is for the short term) can cause moisture to collect under the material in a liquid phase.  This is one reason the wood needs to be pressure treated.

Another reason for the wood to be pressure treated  is concrete is aggressively alkaline.  In the absence of pressure treating (usually acidic), the wood will dry out and its cell structure will be damaged from the exposure to the drying/alkaline condition.

The reality is there is really no reason to isolate the pressure treated columns from the concrete slab.

Other than fear (False Expectations About Reality).

Just this week we had a client in the California Bay area interested in a roof only post frame structure. His caveat, he really wanted to have Redwood columns, as opposed to properly pressure preservative treated timbers.

The characteristics of redwood make it a popular choice for outdoor applications. Redwood’s color and grain are attractive even in an unfinished state, but more important is the wood’s pronounced resistance to decay and insects. Yet even though redwood is more resistant to decay, it will eventually succumb to rot.

So what sort of lifespan would a redwood column, embedded in the ground, have?

Luckily, Oregon State University’s College of Forestry has done the research for me!

In 1927, Professor T.J. Starker of the College of Forestry at Oregon State University (OSU) established a “post farm” to develop data on the natural durability of native woods and the effectiveness of various preservative treatments for species used as fence posts. Since the first posts were set on January 7. 1928, OSU has placed 2,662 posts in the farm. Three introduced and 25 native species in untreated condition and 8 Oregon species receiving various preservative treatments have been, or are being, tested.

The post farm is located on College of Forestry land in the Peavy Arboretum about 7 miles north of Corvallis, Oregon, on the West side of Highway 99W. Soil in the test area, located on a well-drained south slope, is Olympic silty-clay loam. The top 8 inches of soil, slightly acid (pH 5.4), have 1/2 inch or less of humus. Its organic matter and nitrogen content are 4.71 and 0.14 percent, respectively. In the past, the test site has been sprayed with herbicides to control brush.

The area typically has dry summers and rainy winters, a generally mild climate which favors growth of wood-destroying organisms throughout the year. During the past 92 years through 1984, annual precipitation averaged 42 inches, 81 percent of which fell from October through March when average monthly temperatures ranged from 39° to 53°F. Only 3 percent fell during July and August when temperatures averaged 66°F. Occasionally the temperature falls below freezing or rises above 85°F. Afternoon breezes from the Pacific Ocean cool the area almost daily during summer months.

Since 1949, various causes of deterioration of the posts at the test site have been identified. Decay-producing fungi or fungi in combination with termites do the most damage. Discarded wings of damp-wood termites have been found at bases of some posts, and entry holes have been detected at or below ground line. However, termites alone have been the primary cause of failure in only a few instances. Carpenter ants and wood-boring beetles also contribute to the deterioration.

It was found the average service life of square redwood posts, was 21 years. This would not meet with even the lowest Risk Category of the IBC (International Building Code), in which the design for snow, wind and seismic events is based upon a once in 25 year occurrence.

These excerpts from the 2012 IBC, specifically address the issue in Chapter 18:

1807.3 Embedded posts and poles.
Designs to resist both axial and lateral loads employing posts or poles as columns embedded in earth or in concrete footings in earth shall be in accordance with Sections 1807.3.1 through 1807.3.3.

1807.3.1 Limitations.
The design procedures outlined in this section are subject to the following limitations:

As far as strength characteristics, Redwood posts and timbers have a Fb (some discussions about Fb are available here: https://www.hansenpolebuildings.com/2014/08/lumber-bending/) for #2 grade open grain of 750 psi (pounds per square inch), whereas Hem-Fir (the most commonly used western wood for post frame building pressure preservative treated timbers) is only 575 before downward adjustment because it must be incised (what is incising: https://www.hansenpolebuildings.com/2014/08/incising/).

In the end, the design solution for using redwood for building columns would be to mount them into brackets (https://www.hansenpolebuildings.com/2012/09/concrete-brackets-2/) which would prevent them from coming into contact with the ground.

So the ultimate answer is that yes, redwood columns can be used in post frame construction. However, they need to be mounted into brackets above ground rather than into holes in the ground as with most pole building construction, or they will rot.