Yesterday afternoon, one of our senior building designers sent me this instant message: 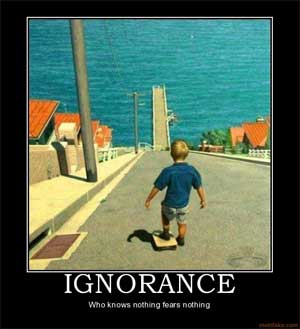 “So what do you do with a customer who is being sold a bill of goods by his contractor? Starting from, client was told he needed to pour footings and build with 2×6 studs because pole buildings ‘move too much’. All the way to – ‘you need to sheet your walls and roof with plywood before you put steel on’. This is because of security and dust coming through the walls. Not to mention on the roof for a vapor barrier.”

A bit more about this particular client’s building. It is 40’ x 80’ with a 14’ eave height. The client initially contacted the builder to get a labor quote only –  to construct a Hansen Building kit.  The client specifically asked for one of our pole buildings.  The builder told this client a pole building would be way too complicated to construct and the stick frame building would be less expensive.

Let’s look at the realities of the situation. To construct a stick frame building will take excavating a trench around the perimeter of the building to below the frost line (and it DOES freeze deep in Maine). A footing must be formed and poured. With a wall this tall, I’d imagine at the least it would have to be eight inches thick and 16 inches wide with rebar in it. On top of the footing will need to be formed up a foundation wall. This foundation is going to be a minimum of four feet tall, due to the frost depth. The wall should probably be an eight inch wall, but assuming six inch thick, three truckloads of concrete will be used for the footings and foundation! With the pole building, holes are augered in the ground and around five yards of concrete are required for the backfill. Pretty low tech and saves a bunch of money in equipment, materials and labor.

A kicker the contractor may not have considered, or has ignored….the maximum stud wall height allowed (according to code) without engineering is 10’. His building is going to need to be designed by a registered professional engineer in order to meet code requirements.

As far as “movement”, steel roofing and siding has shear values nearly equal to those of 7/16” osb or ½” plywood. Imagine the steel as being very thin, very strong plywood. It is the sheathing of a building which holds the frame stable, not the framework. With steel and plywood virtually equal for strength, it takes away the “movement” issue. Our Hansen pole building office is 44 feet high from ground to roof peak and has no noticeable movement in even the extreme wind loads of South Dakota.

Moving on, let’s address the issue of “eliminating dust”.  Each steel panel overlaps the adjacent panel which prevents dust infiltration. Base trim (aka “rat guard”) keeps dust from entering around the base of the building. All other steel edges have trims which cover possible infiltration areas. The eave edge of the roof steel and under the ridge cap are sealed by form fitting closure strips, which seal those areas.

The only place for dust to enter either style of building is going to be via an open door! Same goes for security – your building is only going to be as secure  as the quality of the doors. Chances are the builder is going to provide entry doors with wood jambs, which is an invitation to enter via a good swift kick. The commercial steel doors we provide have steel jambs as well.  No one is going to break those jambs with a kick.

As for a vapor barrier, our buildings come standard with a reflective radiant barrier for under the roof steel. With our exclusive PSA (pull strip attached) adhesive strips, proper installation assures the elimination of condensation. A side benefit being the increased insulation value and the reflective radiant barrier is superior against heat gain. Using plywood on a roof proves to be expensive, adds weight to the roof system and requires the use of asphalt felt paper or other similar and materials to create a water tight seal.

If ignorance is bliss, this particular contractor is either very happy, or he is feeding a line to the client. If the first, he is doing no justice to the client, if the second, he’s worse yet.  My guess is… stick framed is all he knows.  He is just too lazy to try something “new”, easier….and cheaper for the customer, while being just as solid, air tight and long lasting.