Just a week ago I wrote asking my readers to assist in defeating a proposed restriction on post-frame (pole barn) homes in Madison County, Illinois. Some of you may have scoffed and done nothing, thinking it could never happen where you want to build.

Arnold, Missouri is a town of roughly 21,000 located on the Eastern edge of Missouri. It is best known (in recent history) for a 2004-2005 eminent domain issue – reaching Missouri’s Supreme Court and for unconstitutional use of red-light cameras (2013 ruling by Missouri Court of Appeals Eastern Division). In other words, they have a history of pushing contentious issues.

From an article June 28, 2021 by Tony Krausz and published at www.myleader.com:

“Arnold has guidelines regulating how residential buildings may be constructed and banned “barndominiums” inside the city.

City Council members voted 7-0 June 17 to ban the construction of pole buildings, also referred to as barndominiums, in Arnold and established new guidelines for how three categories of residential buildings may be constructed.

The ban on barndominiums, which are metal barns modified to include living quarters and are typically found in rural areas, comes after two moratoriums were placed on building permits for that kind of structure. A six-month moratorium was put in place Sept. 24, 2020, and the moratorium was extended on March 4 for another three months.

City Administrator Bryan Richison said the decision to prohibit barndominiums in Arnold was made primarily because they are so different than most houses in the city. Also, there are questions about the safety and structural integrity of the buildings. 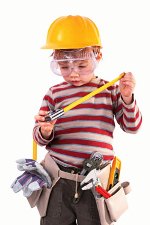 “These metal structures can look fancier, but we do not feel they are consistent with our current housing stock,” Richison said. “We have concerns they will not comply with the building code as far as safety and structural integrity because they are not built to the construction standard of a house.”

Richison said the city received some inquiries about building barndominiums in Arnold before staff members began researching them and crafting an ordinance to address the structures.

“I do not believe anyone applied for a permit or submitted plans,” Richison said.

He said Planning Commission and staff members already were reviewing residential building regulations before the barndominum issue was brought up last year. He said because the two issues dealt with design, staff combined the issues into the amended city code.

New rules put in place for single-family homes or dwellings that can have up to four families do not allow for metal to be used as the main siding component. The new rules also say only 1 foot of concrete can be exposed on the front of a home and no more than 3 feet of concrete on a home’s other three sides.

Homes that have shared roofs, like duplexes or villas, must have consistent roof material. A two-family home in Arnold that has shingles on one side of its roof and metal on the other side was given as an example for why that rule was established.

“Unfortunately, that picture is from Arnold and not some other community,” Richison said. “When that happened, it made us aware that there is a problem here, and we looked at it and there was no way under our existing codes that we could stop that.”

The new rules are more extensive for apartment buildings, and the city will require a site plan review for any apartment complexes so parking, landscaping and other issues can be studied. Developers also will not be allowed to leave more than 1 foot of exposed concrete on all sides of apartment buildings, and 75 percent of the building must be made with brick, stone or other masonry materials.

Richison also said the new rules only apply to structures that are being built and not existing homes or apartment complexes. He said homes that do not conform to the new rules will not have to be remodeled if ownership changes.

“The reach is limited,” Richison said. “It is not retroactive. It is for new construction. It will not apply to the vast majority of the housing in Arnold.”

Ward 4 Councilman Butch Cooley was absent from the June 17 meeting.”

As outraged as I am? Fire up your devices and start sending messages!

How a Realtor Can Participate With Post-frame Barndominiums

“How can I participate in the post-frame industry as a Realtor?   How do people develop their custom residential interior designs?   How are residential pole barn projects coordinated A-Z?

Okay, that was three.  Can you help me, please?”

Post frame construction generally flies ‘under the radar’ as a design solution. Few people realize our industry is a multi-billion dollar a year one just in our country. Post frame offers affordable and unique design solutions for virtually any low rise building. Low rise being defined as up to and including three stories above grade with a maximum of 40 foot sidewalls (add a floor and 10 feet if equipped with fire suppression sprinklers). Modern fully engineered post frame buildings have moved off farms and are seen everywhere (often without people realizing they are post frame). Commercial buildings, strip malls, retail establishments, restaurants, fire houses, schools, churches and yes homes are all being designed and built as post frame. 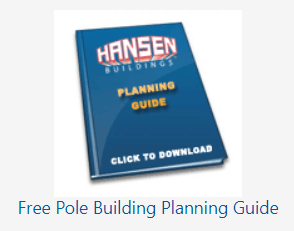 How to best participate? Become an expert and let people know you are one – put it on your website, business cards, any promotional literature or videos. Residential post frame construction is evolving rapidly as people want to leave cities and flee to low tax, less governmental intervention regions of our nation – bringing forth a rise in what are affectionately known as barndominiums. Post frame homes are most often steel sided and roofed as this presents your most cost effective and durable option. However any types of siding and roofing may be utilized. Be on your lookout for rural properties where people can build on anything from a large lot to multiple acres, as there are plenty of folks looking for these parcels.

Post frame homes are less expensive to erect than stick frame, primarily due to foundation savings. For those willing and able to DIY some or all, these savings multiply. Having clients with a realistic expectation of investment certainly is a starting point: https://www.hansenpolebuildings.com/2019/07/how-much-will-my-barndominium-cost/

Before getting crazy over floor plans is where you play a huge part: https://www.hansenpolebuildings.com/2019/08/a-place-for-a-post-frame-barndominium/

Done right, barndominium interior designs begin with clients doing a bit of homework on their own to determine what spaces best meet with their needs as well as how big those spaces should be https://www.hansenpolebuildings.com/2019/09/room-in-a-barndominium/ and

Only after land has been acquired and homework done, should floor plans be developed: http://www.hansenpolebuildings.com/post-frame-floor-plans/?fbclid=IwAR2ta5IFSxrltv5eAyBVmg-JUsoPfy9hbWtP86svOTPfG1q5pGmfhA7yd5Q

To best participate, I would recommend you try to team with a General Contractor (or more than one) who is willing to embrace post frame construction as well as to work with clients who want to do some DIY work. 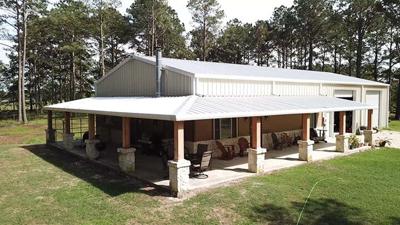