Build on a Slope, Joist Hangers, and the Future of Post Frame

This Monday the Pole Barn Guru answers questions about building on a slope with use of embedded columns or brackets on piers, the proper installation of joist hangers, and the Guru’s vision of the future of post frame construction. 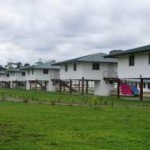 DEAR POLE BARN GURU: Because of the 16% slope, I will be using concrete piers & posts to support a traditionally framed floor which will have 1-1/8″ tongue & groove plywood decking. My question — can Hansen provide a design for my timber frame shop which will have a loft? The size of the building will be 36′ x 16′ and the loft 36′ x 24′. KEVIN in SHERWOOD

DEAR KEVIN: We can design and provide your new building as a fully engineered post frame building with either embedded columns, or columns mounted to brackets on piers – basically a ‘stilt’ house type design.

DEAR POLE BARN GURU: Hello, I’ve got a question about the proper installation of the LU joist hangers.

I’m nailing them to the trusses through all the holes in the bracket, but when it comes to nailing them to the purlins using the 10d 1-1/2″ nails, it would seem like I should alternate holes as to not interfere with the nail on the opposite side. The holes that allow nails to be placed in the purlin side of the hanger are not directing the nail in at a 45 degree angle like some others I’ve seen, so just wondering if I should just be directing the nail in to slightly offset the other side? Just seems like a lot of nails in a small area if I do that.

Either way works for me. Just want to be sure I’m not mistakenly compromising anything by installing all those nails. BOB in MOSINEE 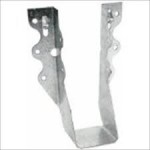 DEAR BOB: Weirdly enough I have installed probably tens of thousands of joist hangers and had seriously never given a thought to this (or experienced a challenge). Obviously the engineers at Simpson Strong-tie have thought this all through in designing these parts. I would think even if you were able to drive nails in from opposite sides perfectly so as they would hit each other, the point of the nail from one side would tend to deflect the nail from the opposite side. In all reality, because the holes are so close to the truss, the nails are going to be driven in at a slight angle (whether driving by hand, palm nailer or a gun). Installing all of the nails should not compromise the wood.

DEAR POLE BARN GURU: How do you foresee the post-frame market in the next 3-5 years? SCOTT in CHICAGO 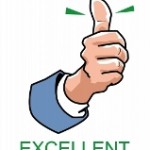 DEAR SCOTT: I feel post frame construction will be the largest growth market in construction over the next five years. It is becoming increasingly popular as residences, especially with people fleeing big cities. Post frame buildings afford many opportunities not seen with other structural systems – minimal concrete for footings, easily erected DIY, easy to super insulate, rapid construction, vastly customizable.

Working With a Building Official for Footing Design

Working With a Building Official for footing designs

Long time readers have read me opine on how Building Officials are our friends: https://www.hansenpolebuildings.com/2012/04/i-like-building-officials/

One of our clients recently received this email from his Building Official and shared it with me (red added by me): 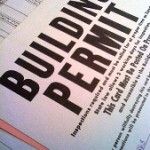 “The Town of xxxx stopped plan review on your project because pole buildings with the type of foundation that was called out on your plans have a track record of failing in a short period of time in this area and the soil conditions that exist at your location won’t allow piers to be dug as called out in the plans The ground is full of rock. It was our intent to not have you try and build something that was not going to work and cost you a lot of money. With a frost depth of only 18” “T” foundations are the acceptable method of construction in that area and should be a lot less expensive.”

I responded asking for more explanation of wording in red, and heard back:

“We have a few pole barns in xxxx that are much larger in size and in areas that will allow piers to be dug without interference of large rocks below grade. The pier design that they used allows the wood post to sit on a gravel base so any water that might drain down along the side of post after the wood shrinks from age is allowed to drain away.

They also pour concrete up to 3” above the top of the pier and slope the concrete away from the post. Your design traps water at the bottom of post and allows the water to be wicked up by the end grain of the post and promote rot. Although the building codes does allow treated wood foundations to be buried we strongly discourage the use in our jurisdiction.

Thanks for your understanding.”

Thank you very much for your timely response.

I am probably remiss in not having offered a better introduction of myself. I studied architecture at the University of Idaho and have been Technical Director at Hansen Pole Buildings since 2002. I joined ASAE (now ASABE) and ICBO in the mid-1980s. The IBC references ASABE work for post frame buildings which was produced by the structural committee of which I was a member of. I am a frequent contributor as a writer for publications such as Structural Building Components, Frame Building News and Rural Builder magazines. I have also reached out to you on Linkedin, should you wish to know more about me.

We are currently working with Mr. Bxxx on a design solution to incorporate a continuous footing/foundation or thickened edge slab with bracket mounted columns. We and our engineer had not been advised by Mr. Bxxxr as to the soils/rock conditions at his site until quite late in the game. It is my expectation, with Mr. Bxxx’s continued assistance, to have an acceptable design solution arrived at shortly. 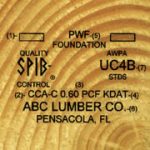 
Please feel free to contact me with any questions or concerns regarding any post frame building structure. I would also invite you to subscribe to my blog, where there are currently over 1800 searchable articles regarding post frame construction.

“Thank you for your comments. The failures we have seen may have quite well been from pour constructions procedures done 10 to 15 years ago. No way to tell.

Building Officials are not our adversaries and provided with accurate data policies can be crafted to create a winning solution for all parties involved! 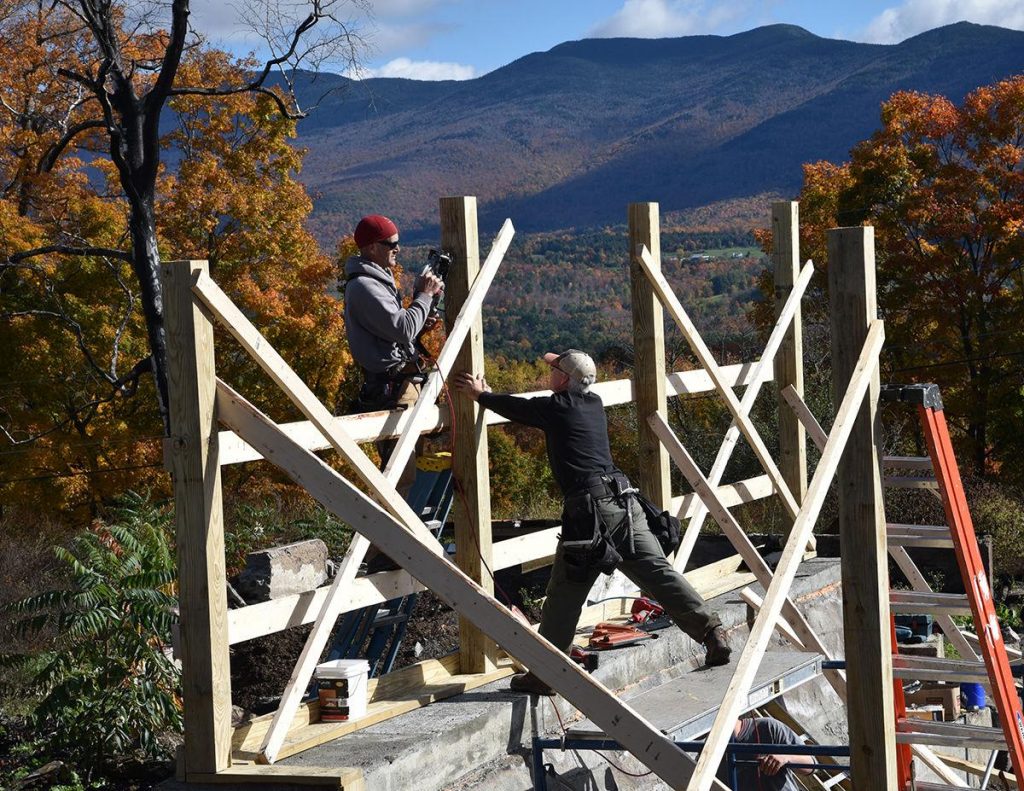 After spending pretty well my entire adult life in some facet of my industry, it becomes amazing to me to find pole barn ignorance. Other than recent immigrants to our country, and maybe those who have never traveled outside of urban areas most everyone should have some inkling as to what a pole barn or post frame building can be.

Even more astounding to me – when a contractor and designer appear to have very little grasp of “pole barn” construction.

Here’s an excerpt from an Oct. 18, 2018 Waterbury Record article by Caleigh Cross:

“Phil Sweet, a contractor and designer in Waitsfield, planned the barn raising, and designed a barn based off the design of a pole barn.

“Technically, a pole barn would probably be put onto bare land,” and they’re built by using salvage lumber such as old telephone poles, Sweet said.

Instead, Rosina’s new barn has both a literal and metaphorical foundation — it’s built atop the concrete foundation her grandfather had put in two generations ago, Sweet said.

“She wanted to incorporate those historic elements that were still there, and that’s what we did,” he said.

Sweet and the nine other contractors used conventional lumber, instead of salvage, and since the new barn incorporates a foundation, he’s reluctant to call it a pole barn.”

“3.1 Post-frame building system: A building characterized by primary structural frames of wood posts as columns and trusses or rafters as roof framing. Roof framing is attached to the posts, either directly or indirectly through girders. Posts are embedded in the soil and supported on isolated footings, or are attached to the top of piers, concrete or masonry walls, or slabs-on-grade.”

Our modern pole building industry wouldn’t consider using of salvage lumber or old telephone poles unless they were being used to satisfy some aesthetic needs of a client.