DEAR POLE BARN GURU: I have two questions (related) regarding splash boards and concrete floor top. My splash boards have been in place for quite a while, and have actually shrunk (they were quite wet when nailed in place). There are several that are not over 7 inches wide. I’m going to end up with only 3-1/2 inches of splash board above the concrete. Is this sufficient? The tops of the splash boards are very level, and I’m thinking of attaching treated 2x4s on the inside to screed against. It would be easier (and probably more accurate/consistent) for me to measure 3-1/2 inches down from the top rather than up from the bottom of the splash boards.

Thanks so much for sharing your experience and insights! GREG in COLVILLE

DEAR GREG: As long as you are measuring from a level point and top of your concrete slab will be below bottom of your base trim you will be all good with measuring down 3-1/2″ from splash board tops. While I have not done it personally, I know more than one person who has used a pressure preservative treated 2×4 to screed against as you describe. At a minimum it should be rated UC-4A (ground contact) for treatment.

There might be some small benefit to be gained by using a mechanical attachment of splash boards to your slab. As to how much, I have not seen any studies to verify.

Thank you for your kind words and please remember to send me progress photos! 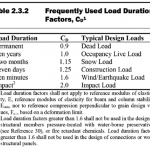 DEAR POLE BARN GURU: Do you know how much weight per square foot the roof of a pole building can hold?  My building is 64’ x 36’, if that matters. ROBERT

DEAR ROBERT: Weight per square foot (psf) will be dependent upon what your building was engineered to support. Every set of engineer sealed building plans is required to list all loads to be supported. Usually this will be specified by a value for sloped roof snow load (Ps) for roof plane live loads. Dead loads (actual weight of structure and supported materials) should also be listed.

DEAR POLE BARN GURU: I’m wanting to do a pole barn to park my RV under for the winter. My question is can I use a single truss spaced at 10’? Do I need to use two trusses per post? ERIC in BONNERS FERRY 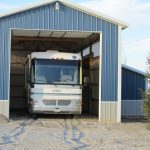 DEAR ERIC: Without knowing how far you intend to span with your trusses it is difficult to provide a definitive answer. Boundary County does not require building inspections, so even though you are in an area of extremely high snow loads – risks end up being upon you as a new building owner.

While a single ply truss may work, in most instances your investment into true double trusses (nailed face-to-face as a pair) is minimal. Double trusses provide greater reliability as your probability of having two adjacent trusses having a same ‘weak link’ is small. Bracing requirements are also reduced when a pair of trusses are utilized.

Even though you may not need a building permit, I would strongly encourage you to only erect a fully engineered building. Protection for your RV is only going to be as good as what your building is designed for.

Checks and splits in lumber and timbers, especially timbers, are often misunderstood when assessing a structure’s condition. Checks and splits can form in wood by two means: during seasoning, or drying, and during manufacture. This article is concerned with checks and splits resulting from seasoning after installation.

Development of checks and splits after installation occurs after a timber has dried in place. Quite often these timbers were installed green. Due to their size, it’s not practical for timbers to be kiln dried. Some are air dried for a period of time prior to installation, but usually they are installed green, and therefore, are allowed to dry in place. This also applies to a lot of dimension lumber.

During the seasoning process, stresses develop in wood as a result of differential shrinkage often leading to checking, splitting and even warping. Separation of wood fibers results in checking and splitting. Due to wood’s innate characteristics, it shrinks and swells differently. This is best explained in the image below. As a general rule of thumb wood shrinks (swells) approximately twice as much in the tangential direction of annual rings as compared to radial direction. Additionally, during the initial drying process outside of a timber inevitably dries quicker than interior, causing differential stresses to develop within a timber. Combined effects of these drying stresses in wood often, and sometimes inevitably, results in formation of checks or splits. Since wood’s weakest strength property is tension perpendicular to grain (similar to how wood is split using an ax), drying stresses can result in a check or split forming in a radial direction across annual rings. However, while these seasoning characteristics may initially appear as problematic, they likely are not. It is important to remember as wood dries, it becomes stronger. Furthermore, development of these seasoning characteristics is, quite often, normal. Most importantly, both are accounted for in derivation of design values for lumber and timbers and are also accounted for in applicable lumber grade rules. 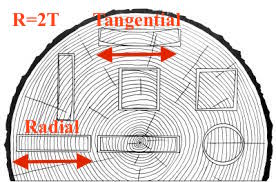 In use evaluation of dimension lumber and timbers normal checks and splits can often be interpreted as problematic by some design professionals with respect to allowable design values. However, in most cases they are not. In the image below, ends of both timbers are exhibiting various sizes of normal checks developed as timbers dried. If these timbers were being examined in a structure they would look similar to each adjacent image. 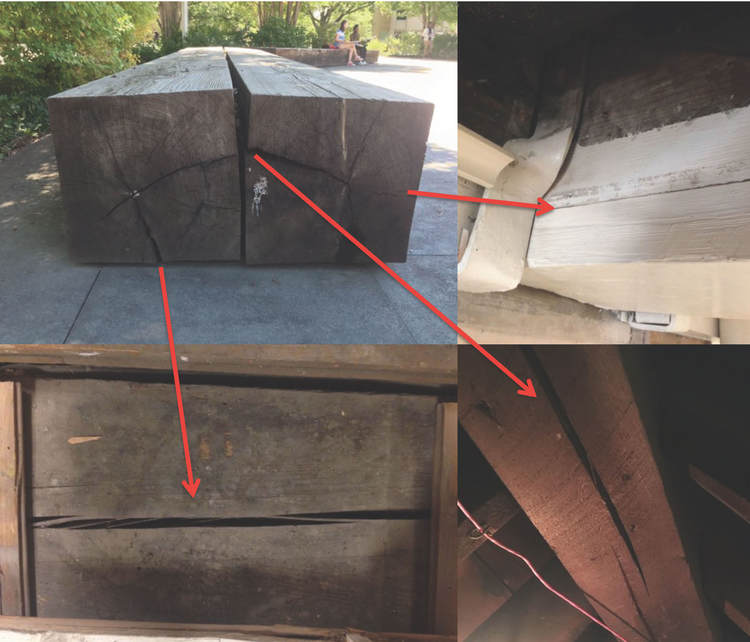 Upper left image shows two large timbers with visible splits on both ends as a result of seasoning. These are considered normal. Each red arrow points to how these checks would look in use.Therefore, checks and splits are often not an issue with in use lumber and timbers.

In summary, normal checks and splits are often encountered when assessing a structure, but they are accounted for in derivation of design values and handled in lumber grade rules. 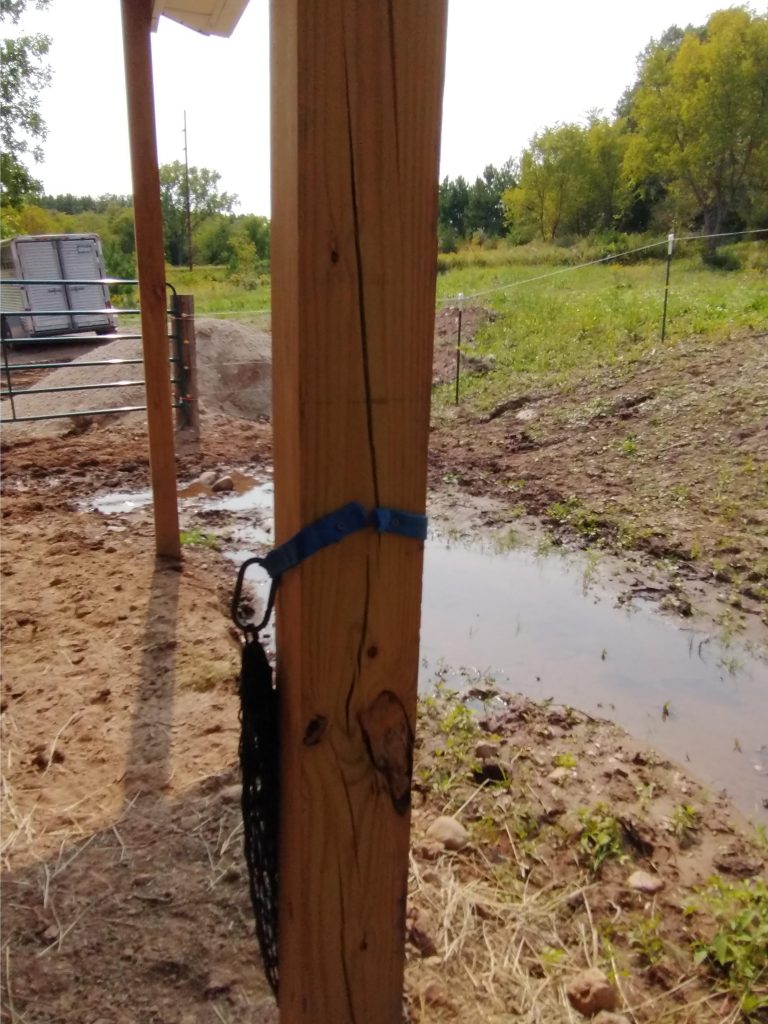 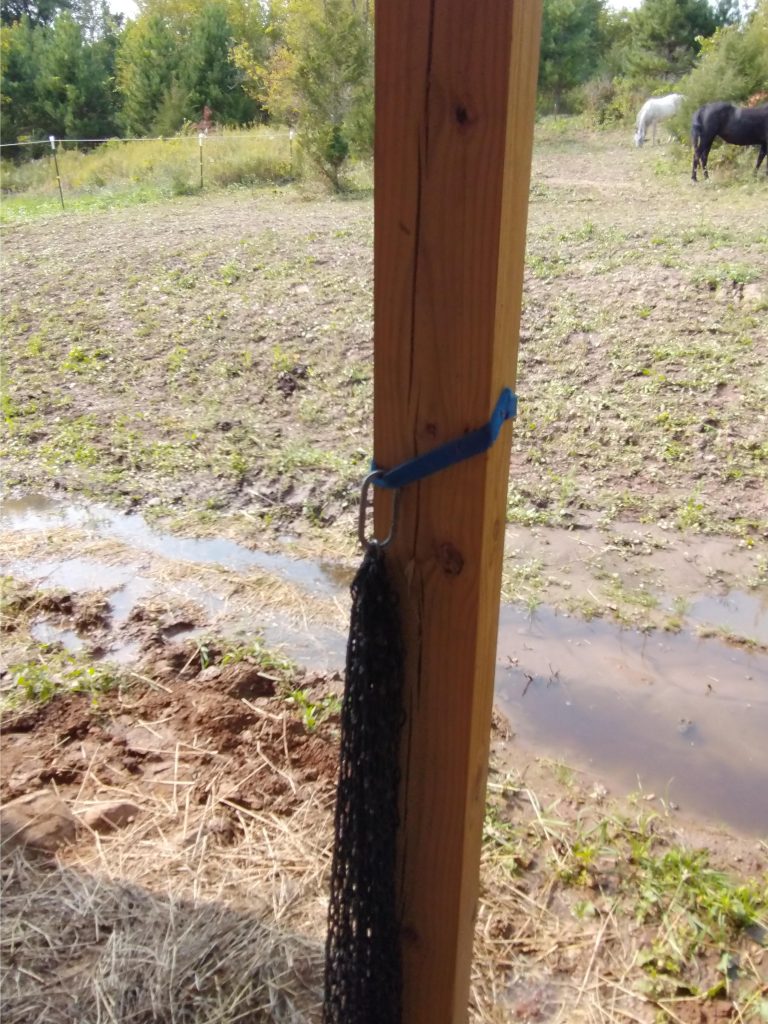 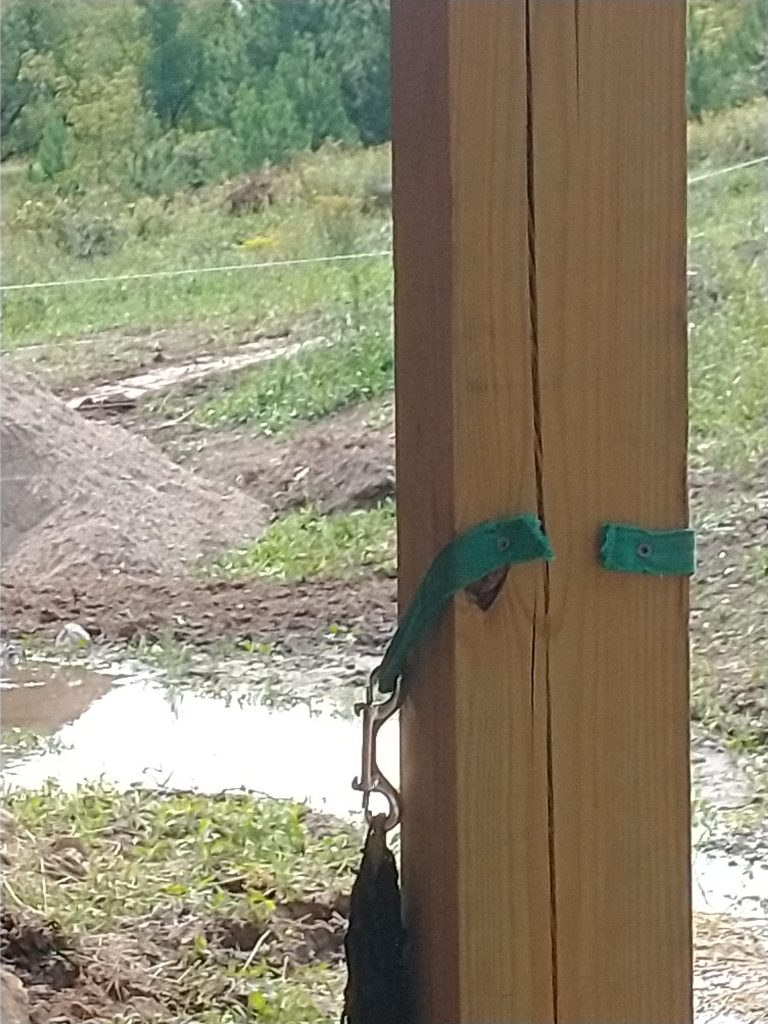 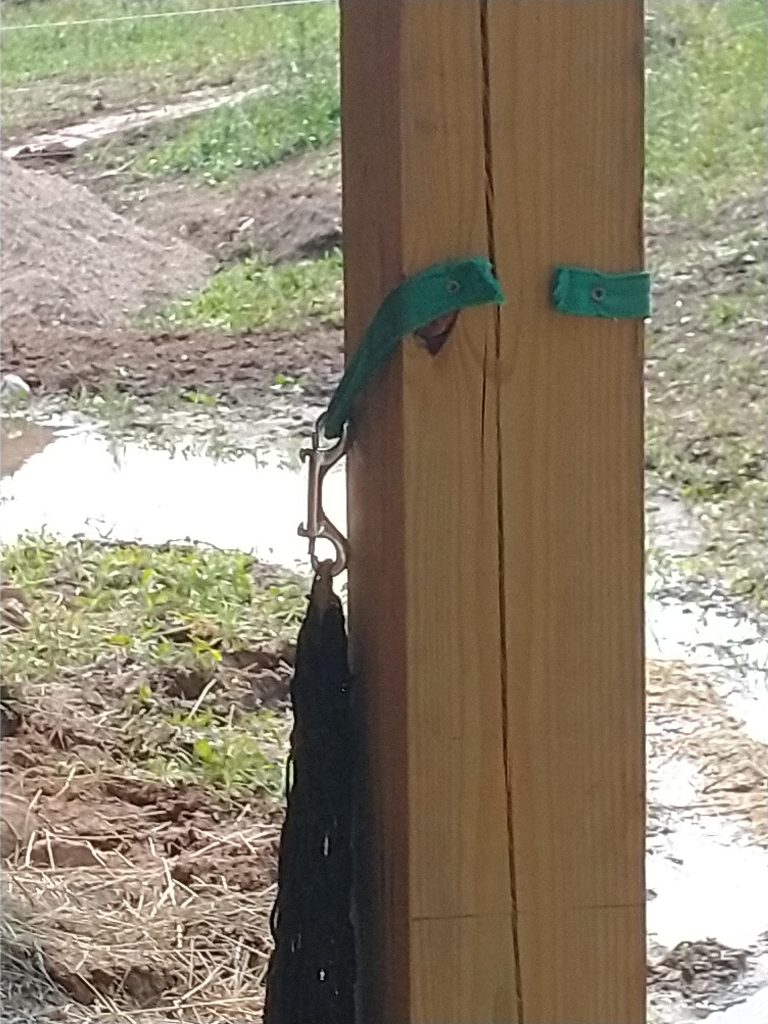 Yesterday I talked a bit about wood species, and hinted a more pertinent issue than which species lumber is used on a building, is that wood used should be kiln dried. For both technical and performance reasons, drying or seasoning wood is required when making glued wood products such as laminated beams, plywood, particleboard, furniture and many other products. The use of dry framing lumber minimizes negative performance issues in buildings with structural wood framework.

Drying wood to the desired final moisture content minimizes dimensional changes and warping in use. Pieces which might degrade and develop defects during drying can be sorted out at the mill and possibly directed to another use. Such quality control helps to assure performance of products in service and leads to greater customer satisfaction. Lumber which is delivered “green” to wholesalers, retail lumber yards and end users, often has a high percentage of downfall due to the results of natural curing. 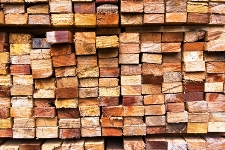 The lower price of green lumber, in relationship to dry lumber, is negated by the often 15-20% of pieces which cannot be used as originally intended.

Dry wood provides a better base for paints, finishes and adhesives. Many finishes may not adhere at all to green wood, or the subsequent drying of wood may lead to failures in the paint coat. Adhesives may not bond well (or at all) on green wood.

Water- or oil-borne preservatives cannot be forced under pressure into wood which has free water in its cells. When a preservative cannot penetrate adequately, full protection against attack by decay fungi or insects cannot be obtained.

Drying lumber improves the resistance to decay. Wood which has been dried and kept below 20% moisture content does not have sufficient moisture to support most decay organisms. Also, organisms already in the wood will be killed when exposed to high kiln-drying temperatures for several hours.

Drying wood may increase the strength of wood unless defects developing during drying counteract this trend.

Drying reduces the weight of wood, and since truck and railroad shipping rates are based on weight, shipping costs can be reduced. The lower weight also makes for more efficient handling of lumber on job sites. Construction times are reduced as workers can more easily move and install larger quantities of lumber by hand.

If none of this so far makes an impact, perhaps mentioning green lumber shrinkage will.  The “magic number” where lumber becomes dimensionally stable is 19%.  So, Green lumber at 25 to 30% has a huge potential for shrinkage.  If an 8’ piece of lumber shrinks an inch, on average, how many inches would a 40’ long building shrink?!  5 inches is huge!  I used to wonder why the roof steel on older buildings looked like it was “wavy”, and then I figured out the answer, green lumber shrinkage!

Choosing to “build green” does not mean using green lumber.  Choose dimensionally stable kiln dried lumber, for all of the reasons above.

In the United States, there are four prevailing species of timber which is used for framing lumber.

Douglas Fir-Larch – which includes Douglas Fir and Western Larch (Tamarack). Prevalent along the West Coast, it is also known as Oregon Pine or Red Fir.

Once or twice a year, we get a request for a specific lumber species to be used for framing materials. It appears 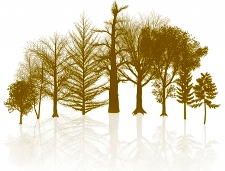 to be more a case of consumers having either had personally, or second hand, an unsatisfactory experience with a lumber species other than what they are requesting. Usually this has nothing to do with the material itself, but is more a function of how the materials were handled or stored on the jobsite, than any other factor.

As far as strength comparing 2×6 #2 material of all four species, the Fiber Stress in Bending (Fb) values range from 1250 psi (pounds per square inch) for Southern Pine to 1105 psi for Hem-Fir. Roughly a 13% difference in resistance to bending forces.

In most cases, we design Hansen Pole Buildings to the lowest strength qualities of these four groups. By doing so, we eliminate the possibility of a distribution center inadvertently shipping a species other than what was specified on our plans.

In doing research, I learned something new. There is a direct relationship between density of wood and shrinkage values. Species with higher density shrink more than those with lower density. Lumber density is measured by specific gravity (G). The specific gravity of Southern Pine is 0.55, Douglas Fir-Larch 0.5, Hem-Fir 0.43 and Spruce-Pine-Fir 0.42. This is a spread of nearly 31%!

Even though the shrinkage values are relatively low, they still play a significant role in designing wood structures. If shrinkage of wood is not taken into consideration during the design stages, certain construction defects such as warping, cracking, and buckling may occur, lowering the overall quality of the finished product.

By using kiln dried lumber, Hansen Buildings minimizes any shrinkage issues with any lumber species they use.  Some our competitors use what is known as “green lumber”, which is subject to all of the unfavorable issues I just mentioned.  Bottom line, don’t worry as much about the species as you should about how to properly store and quickly use lumber.  And insist upon kiln dried lumber for minimal shrinkage overall.