How Are We Going to Communicate?

How Are We Going to Communicate?

Disclaimer – this and subsequent articles on contract terms are not intended to be legal advice, merely an example for discussions between you and your legal advisor.

Please keep in mind, many of these terms are applicable towards post frame building kits and would require edits for cases where a builder is providing erection services or materials and labor.

Communication is key to any successful relationship and paramount when it comes to a new building.

COMMUNICATIONS: This is an INTERNET PURCHASE and, as such, any and all communications after purchase will be available to Purchaser ONLY via log-in at Seller’s website. Handling and/or service charges apply to forms of communication other than via log-in to Seller’s website, at current staff rates. Seller may contact Purchaser from time to time regarding this transaction. This contact may be in any manner chosen by Seller, unless the law expressly prohibits. For example, Seller may:

Regardless of “how” acceptable methods for communication should be clearly stated. 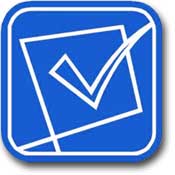 ORDER ACKNOWLEDGMENTS: All quotations and agreements are subject to Seller’s written acknowledgment or invoice, which sets forth the order as Seller understands it and states the only obligations to which Seller is bound. Unless the Purchaser objects promptly upon its receipt, such acknowledgment will be the final and entire agreement between the parties. No ensuing changes will be binding unless so acknowledged by Seller.

Seller reserves the right to refuse service to anyone. Seller may unconditionally cancel Purchaser’s order at any time, provide Purchaser with a full refund (pursuant to Section xx of this Agreement “Disbursements”), and, if so cancelled, Purchaser waives the right to any claim of damage, due to any cause.

First paragraph of “Order Acknowledgements” pertains primarily to doing work with governmental bodies. Paragraph two is (IMHO – In My Humble Opinion) an absolute must for any provider or builder. As a provider, we have had a very small percentage of clients with whom we quickly found out were going to prove to be impossible to work with. There are, sadly, people who become overly brave when they have a phone line or computer keyboard at hand and will say or type things they would never say to a person’s face. We had a client file a BBB (Better Business Bureau) complaint against us not once, but twice – because we refused to do business with her (lucky for us as I know who she did order from and they regretted ever doing business with her).

PRICE: Time is of the essence, written quotations are subject to stock on hand and prior sale and cannot be held longer than xxx(x) days, unless otherwise stated in writing. Order processing begins as soon as the Purchaser presses the SUBMIT button. Arithmetic or clerical errors are subject to correction. Changes to order may be requested by Purchaser within twenty-four (24) hours after ORDER has been placed and will be assessed a fee equal to material price, plus a minimum $xxx processing fee. Staff time charges may apply to all change requests, even if the Purchaser ultimately does not order the change. Any additions, alterations or changes will affect price and are to be performed only pursuant to Section xx of this Agreement, “Change Orders”. Agreement price does NOT include a contingency for changes in the physical condition of the site or location of the building from those originally contemplated, unobserved or unknown conditions in the property or an existing structure which, if encountered, will lead to additional time and expenses. If those contingencies do occur, then payment for those contingencies will be paid for by Purchaser according to Section xx of this Agreement, “Change Orders”. At Seller’s option, Seller may provide a cost breakdown to Purchaser or Purchaser’s lender for estimating purposes, or for the purpose of Purchaser obtaining financing from a commercial lender. Any such cost breakdown is not intended to be a bid, allowance, or guaranteed sum of money expended upon individual items of construction and is not intended to modify the price or scope of work stated in this Agreement. Unless otherwise specified on the face of this Agreement, price does NOT include meeting any provision of the Davis-Bacon Act, nor does it include the cost of either bid or performance bonding. No future offers, discounts or sales will apply to this transaction. Price is subject to increase if delivery of some or all components are not taken prior to an announced price increase.

In these times of uncertainty in price and availability of materials it is essential for both parties to have clear understandings as to responsibilities. In order to maintain best possible pricing, in rapidly escalating markets, orders must be processed expediently. Clients should have an option to take prompt delivery in order to not be faced with price increases.

Clients will often ponder changes, after placing their order. Sometimes researching their requests becomes a time-burning process and as such, the provider or builder deserves to be compensated should a change be requested, but not acted upon. END_OF_DOCUMENT_TOKEN_TO_BE_REPLACED

Construction Marketing Ideas holds an annual competition for the best blog in the construction industry, world-wide. This column happens to be one of only 17 selected to compete – win or lose, it affirms the message is being shared effectively. My thanks to Mark Buckshon for his review, which I share below.

I like Hansen Buildings’ Pole Barn Guru blog because of its singular, comprehensive and effective focus: You’ll find the blog useful if you are considering or have interest in post frame (pole barn) structures. Not surprisingly that is this company’s business. 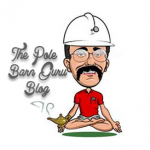 The blog provides “relevant education, information and entertainment regarding all things post frame buildings every day Tuesday through Friday PLUS on Mondays (and some bonus Saturdays) an “Ask the Pole Barn Guru” column where three questions from readers are addressed,” nominator Mike Momb wrote.

However with focus there is diversity, reflecting the fact that pole barn structures have a variety of applications, serving quite different markets, ranging from residential accessory buildings, to agriculture, to public works and institutional environments. You’ll almost certainly find a relevant post (bad pun here) on the topic when you search through the entries.

The blog post’s theme relates to the challenges many public organizations have in facing high labor costs under the  Davis-Bacon Act’s prevailing wage requirements.

I’ll stay out of the debate here about the merits of prevailing wage legislation, but respect blogs with a point of view and perspective — and ideas about how to work with and adapt to rules. It’s a great blog.

Also a shout out thank you to the many loyal readers who voted for this column as the best construction blog this year – your approval helps to get my writing through the masses and in front of the eyes of the judges who will make the final decisions!

Public Works Pole Barns, and Labor Costs
Many town/city jurisdictions in the United States have a Department of Public Works, which depending upon the individual municipality it may be responsible for a wide variety of activities including maintenance of streets and roads, maintenance and operation of drainage facilities, sewer collection lines, maintenance and operation of sewer treatment facilities, coordination of environmental activities, building code enforcement, construction inspection and approval, maintenance of public buildings, operation of a central garage, engineering services for construction projects including design and supervision, traffic control device maintenance, traffic control engineering.

Busy people.
Looking over the list of activities to be handled, there are plenty of them which involve the need for buildings for a myriad of functions. Anything involving equipment needs a secure place for storage and maintenance.

Traditionally post frame (pole barn) buildings to be used for public works operations are subject to going through a bid process. One of the requirements of many of these projects is the need for labor to be paid under the Davis-Bacon Act.
Learn more about the Davis-Bacon Act here: https://www.hansenpolebuildings.com/2013/07/pole-building-labor-costs/.

There is an alternative, however. 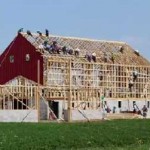 Here is an example.
Back in the day, my father and uncles were framing contractors in the greater area surrounding Spokane, Washington. Among building projects they framed, were several post offices owned by developer Harlan Douglass (find out more about Harlan Douglas here: https://www.spokane-rentals.com). Harlan would secure long term leases from the postal service for the buildings, then have them constructed without the need to pay prevailing wages.

This was a win-win for all involved. The postal service got their new buildings, with the monthly lease payments being less than what would have been payments on loans to construct. Harlan could take the leases to the bank to secure funding, so he was building with other people’s money – making a profit on the spread between the lease income and the underlying mortgage payment. Plus, Harlan could take the depreciation on the buildings as a paper loss on his taxes to offset this and other income. This process also negated the need to go through the public bidding process.

If your municipality needs a new post frame building, following the lead of Harlan Douglass might be an alternative which gets the end resultant sooner rather than later or never – at a savings to the tax paying public!

The Davis-Bacon and Related Acts (DBRA) are administered by the Wage and Hour Division. These Acts apply to contractors and subcontractors performing on federally funded or assisted contracts in excess of $2,000 for the construction, alteration, or repair (including painting and decorating) of public buildings or public works. 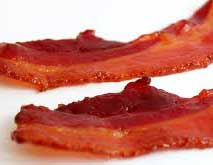 Across the nation–from the Pacific Northwest to Kansas and Tennessee – legislative bills introduced to repeal the Federal prevailing wage law (a.k.a. Davis-Bacon Act of 1931) are under hot debate. For construction companies, the repeal of prevailing wage regulation is an issue which has become layered with immigration reform laws currently moving through Congress. Originally, the laws were enacted as a mechanism to allow outside workers to enter a state without, as a result, undercutting local companies on labor rates.

Hence, it fits naturally into negotiations for creating a guest worker program for low-wage workers. But the counter argument is the proposal could raise pole building labor rates. Currently, ‘prevailing wage’ laws are only enforced for government-contract work. The deal announced by business and labor, however, would extend the practice into many aspects of the private economy. The biggest impact would likely be in post frame construction, which would see a dramatic increase in pole building labor costs.

This presents a double-edged sword for pole builders. Higher pole building labor costs could be a boon, or on the other hand, a business dampener, just as the industry is beginning to recover from the throes of the Great Recession.