Oh What to do About Bare Splash Planks 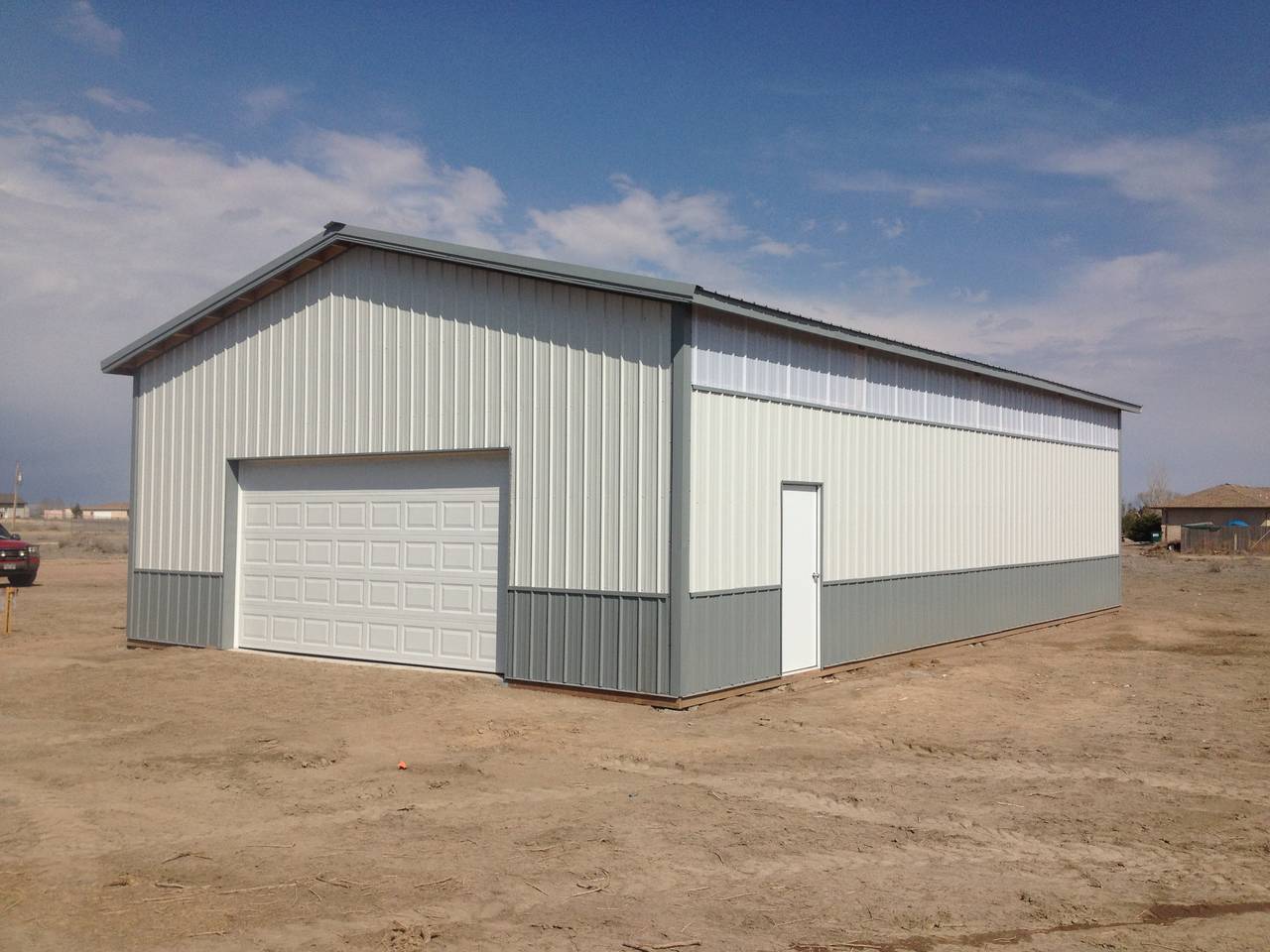 Most people rarely notice or pay attention to splash planks (skirt boards) below their post frame (pole building) siding. They are so far below eye level frankly most people just do not notice them!

Reader TOOD in SPRINGFIELD worries about them. He writes:

I called the Hansen number and the lady told me I could ask a question in here for a quick response. I wanted to ask, on the finished Hansen buildings, the bottom of the building is exposed—there’s just the wood trim there. You would think there would be some metal trim over top… not just for appearance reasons but to protect the wood. I believe the wood is pressure treated, which I know lasts awhile but it would start to warp/crack over time. I don’t think Hansen would put trim over it, but do you think it would help if I added metal trim over it at a later date? I know the metal would have moist soil up against it a little at the base, so I don’t know if that’s ok. I’m just trying to protect it long term (30+ years). Would it be better to push dirt or gravel against it to cover it up or would it not matter either way? The downside to gravel is I’d have to buy it but also weeds would grow up through it, so it would be more maintenance over time to get rid of the weeds. Anyway, I’d really appreciate your input on all of this and I really appreciate your time. Thanks! Todd”

Around the bottom of any properly designed post frame (pole building) there should be exposed four to six inches of pressure preservative treated splash plank. In our case, splash planks are treated to a minimum UC-4A standard, making them acceptable and appropriate for a lifetime of use in contact with ground. This exposed treated wood is ideal for pouring aprons, landings, sidewalks and driveways against and it keeps concrete from being in contact with your building’s steel siding and trims, as either of them will decay with direct contact to chemicals in concrete. You want to avoid having soil or gravel against steel as it will rust. If you feel it imperative to cover your splash planks, we can provide vinyl plasti-skirts to cover them (https://www.hansenpolebuildings.com/2017/08/plasti-skirt/).

My now 23 year old daughter Allison sent me this meme once. I found it quite appropriate for self use when I mentioned a product in yesterday’s article which I had never written about. 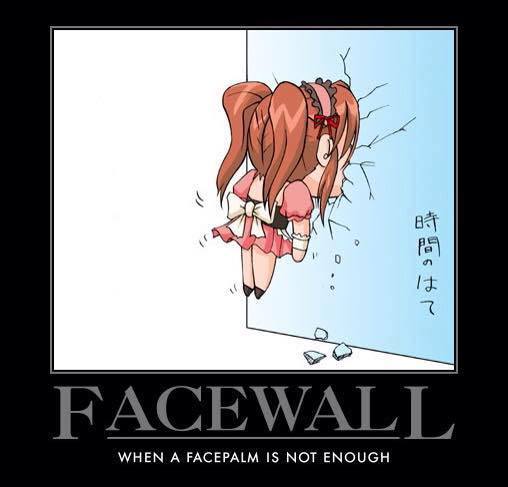 From Homework Design, the makers of Plasti-Sleeve® Post Protectors is another innovation towards post frame building longevity – the Plasti-Skirt.

Plasti-Skirt enhances quality and protection for post frame buildings. Rot and decay of skirt boards (aka Splash Planks) can compromise your building structure with serious problems. Many new wood preservatives are evolving in the wake of CCA treatment being phased out for many uses. However most of the new treatment formulas are unproven long term… but plastic is. The HDPE plastic used in Homework Design products is completely resistant to moisture, organic matter, concrete, most chemicals (including wood preservatives), animal wastes, etc. Use Plasti-Skirt and Plasti-Sleeve for total protection and confidence on your new post frame buildings.

Plasti-Skirt is a heavy duty u-shaped plastic cover for skirt boards in post frame construction. With an inside measurement of 1-9/16 inches and 7-1/4 inches tall, it fits ideally over 2×8 skirt boards. Standard lengths are 8’3” and 10’3” to provide adequate overlaps between adjoining members.

Skirt boards are largely overlooked as being a key structural component of post frame buildings, however they are essential to the proper transfer of wind shear loads to the wall columns and thence into the ground. Plasti-Skirts protect the vital skirt board from ground contact, decay, concrete, moisture, etc.

Concerned about premature skirt board decay? Or maybe it is termites you fear? If so Plasti-Skirts might just be the answer you were in search of!

This entry was posted in Uncategorized and tagged post protectors, skirt boards, plasti-sleeves, HDPE plastic on August 16, 2017 by admin.

Lowe’s® on the Line

The phones ring at Hansen Pole Buildings every day from dawn-to-dusk, and sometimes both before and after. Some calls are a little more interesting than others.

Bright and early, first thing this morning Eric (one of the owners of Hansen Pole Buildings) gets a phone call from Lowe’s®.

It seems Lowe’s® has a pole building contractor customer who really likes to use composite skirt boards. As Lowe’s® did not have a source, they started doing some research. It turns out the caller from Lowe’s® had read my article about them online (which prompted the call): https://www.hansenpolebuildings.com/blog/2013/08/composite-grade-board/

Eric and the gentleman from Lowe’s® had some friendly discussions about not only the composite skirt boards, but also in regards to the company which typically promotes and sells them. It seems the two of them were pretty much in agreement in their negative opinion using composite material for skirt boards.

The fun part of the conversation came later…after it was related to Eric how the builder (after sharing his love of composite skirt boards) proceeded to explain how he ran his interior liner steel to grade then filled it 4″ high with concrete on the steel ! Not only was the builder doing this, but he was proud of it!

For those readers who are unfamiliar with steel liner panels, they are most often used in the Midwest. The panels are typically the same profile as the steel roofing and siding. They are oftentimes very thin (sometimes even 30 gauge material) and feature low cost typically white polyester paint over a minimal galvanized or Galvalume® substrate.

Here is where things could get dicey for this particular builder.  Pre-painted Galvalume® sheets are not to come in contact with wet concrete. Concrete’s high alkalinity attacks aluminum in Galvalume, causing coating to peel. How would the builder know what the substrate was? He’d have to be asking who he purchased it from, and unless it was directly from the manufacturer, there is a good chance he won’t get the correct answer.

I am not a huge proponent of steel liner panels to begin with, but if I did have them in my building, I’d prefer the paint stayed on them!

Scratching my head, I am still trying to figure out why the builder is pouring against the liner….and can come up with only two things. The first is – it would save some concrete (between the liner panel and the skirt board). About a yard on an average 40’ x 60’ building. Of course the concrete savings would be offset, to a large part, by the extra four inches of steel liner panel around the entire perimeter.

The second reason….(and this is merely a guess) is the composite skirt boards may be too flexible to reliably pour against without bowing outward, or requiring a tremendous number of stakes to hold them in place.

Any ideas from the audience?  My wife, in a previous marriage, was married to a hog farmer – and she relates one of their buildings was done exactly like this – and why it was done that way. As happens in our “almost perfect” marriage, we don’t always agree – which is why I married her – we can “agree to disagree”.  Anyone else besides my lovely bride of 14 years have good reasons to run concrete over the bottom edge of horizontal interior steel panels?  Let me know!