Long time readers will recall a previous article regarding Sturdi-Wall Plus concrete brackets:

Sturdi-Wall Plus brackets are a heavy-duty engineered anchoring system for attaching wood columns to concrete foundations and are generally used in post-frame buildings but have other applications as well. These brackets are made with ¼ “steel plate A706 rebar in either # 4 or # 5 size, depending on model.  Each bracket is precisely welded to meet engineering specifications and given a professional look with a baked polyester powder coat finish. Some brackets are available in a Hot Dipped Galvanized model for use in more corrosive environments.

In March I attended NFBA’s (National Frame Building Association) 2019 Expo where I met with PermaColumn’s team and recorded this live video for you:

Ready for your new post-frame building, but don’t want to place columns into ground? Sturdi-Column Plus brackets may be just your solution. Call and discuss with your Hansen Pole Buildings’ Designer today at 1 (866) 200-9657. 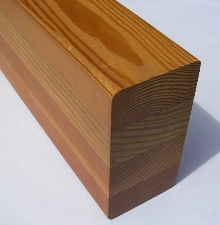