For all of my friends in locales where it does not snow, you are welcome to take a nap through this article. For those of us who are seriously tired of winter, but choose to endure shovels and plows, please read on.

Now snow retention is a subject well ignored by probably everyone you are discussing a new barndominium, shouse or other type of post frame building with.

Fear you will go to a different provider if the price is a few dollars more! 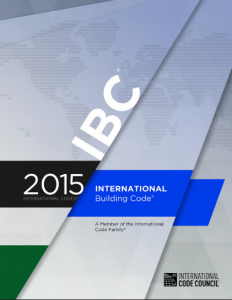 I have searched every IBC (International Building Code) chapter for a section I was just certain I had viewed in an earlier Code edition – preventing accumulated snow sliding off roofs, in particular at door openings. I even went so far as to post a query in a Building Code Forum I am a member of. Other forum members confirmed I will be futile in my search. However one of them did come up with a link to a very sad story: https://www.foxnews.com/us/2016/02/27/snow-from-idaho-cabin-roof-buries-3-children-1-dead-2-in-hospital.html

These could very well have been your or my children or grandchildren – or even an adult, in event of a large snow slide.

I will admit to being sensitive to snow killing people, especially loved ones, ever since my cousin Kim’s tragic death, due to lots of falling snow back in 1986 (read more about Kim Momb here: https://publications.americanalpineclub.org/articles/13198701502/Avalanche-British-Columbia-Selkirk-Mountains).

Snow sliding down mountains happens and is pretty hard to prevent in back country. Snow sliding off building roofs can be avoided and with it tragic events such as a child’s death.

A snow and ice retention system mounting to a steel roof has to resist forces of snow and ice pressure by transmitting those forces from a snow fence or snow guard through roofing and into underlying roof purlins.

There are building codes for building roof system wind-uplift resistance on metal roofs but there are not for describing “shear strength” resistance for fasteners used to secure snow retention systems to steel roof panels.

Failures in mounting systems for snow retention devices can occur if not adequately secured to the building structure itself. Damage can also occur if total snow and ice load bends or breaks the roofing.

It is plausible high snow and ice loading near roof edge, imposed against snow guards, could provide a bending force pulling fasteners out of the roof deck, bending or damaging roof, and sending snow guards and snow and ice to the ground below.

I had a snow retention system failure occur on one of my own roofs, where snow brakes were installed with stitch screws to only every third high rib of roof steel. My particular case had a dropped shed roof on one sidewall. When the upper retention system gave way, it came crashing down upon the lower roof, denting it and subsequently carrying away the lower roof system.

Before any modifications are done to an existing roof, a structure needs to be reviewed to determine if it is designed to support the weight of snow remaining on top, rather than sliding off. Provisions of model Building Codes, allow for reductions in design roof load for snow sliding off, especially in cases of unobstructed slippery roofs (e.g. steel roofing).

If your building is designed with a Cs value of less than 1.0, then it is not a candidate for a snow retention system (you will have to dust off your building’s engineer sealed plans to check).

Snow retention systems can be as simple as steel trim snow breaks I have properly screwed down to roofs of my home and two post frame buildings at Newman Lake, Washington. Without them, our 7/12 slope roofs will allow 18 to 24 inches of snow to accumulate, before sliding off, speeding like an oncoming freight train. When a mass of snow of this volume hits ground, noise is both deafening and frightening and an impact would most certainly not be healthy for anyone hit by it.

Where should snow retention systems be used? In snow country, anywhere it can slide off onto a lower roof, people, closely parked vehicles or adjacent buildings and above sidewall door openings.

For extended reading on snow retention systems, please check out this article on snow brakes: https://www.hansenpolebuildings.com/2012/02/snow-brakes/