What is a Building Official?

What is a Building Official, and what is their Scope of Work?

The average potential new post frame owner (as well as most building contractors) has little or no idea of what a Building Official’s scope of work truly is. Sean Shields and Kirk Grundahl, P.E. (Professional Engineer) recently published an article in SBC Magazine in regards to this very subject. At the end of this article, I will tell you why this is so important.

I will include here only excerpts from the authors’ summary:

“The following simply summarizes what the model code states, as it is adopted into law:

A building official’s role is to administer and enforce the adopted building code, nothing more and nothing less.

The building official shall examine all aspects of the construction project for compliance with the specific charging language and scope of the section of the code being evaluated.

If anything about the construction project does not conform to the requirements of pertinent laws, the building official shall, if there are any non-conforming issues, reject in writing, stating the reasons therefor.

Implied here is that the written rejection shall provide: 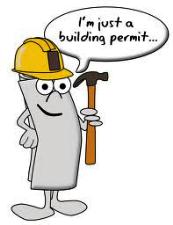 Implied here is the fact that not everything needed to enforce the code is going to be written in the code. Hence, interpretations will need to be made with respect to what meets the intent of the code. This is generally and easily undertaken as follows:

Preferably, the police officer would do a definitive science-based test to ensure I was indeed intoxicated before putting me in jail.

Thankfully, all professional building officials we know base their decisions:

I told you I would tell you why this is important – because a building official cannot merely say something is wrong. He or she is required to put any non-conforming issue in writing and why. And, most importantly, provide an easy to understand method to solve the issue.