If you missed part I, go back two days to find it.

Post frame homes can save thousands of dollars in excavation, footing and foundation forming and concrete costs inherent to stick framing. This is due to use of isolated widely spaced wood columns either embedded or placed into brackets on concrete piers.  Post frame construction allows greater flexibility of design for wide door and window openings without requiring structural headers. It has fewer framing members touching both exterior and interior surfaces, reducing thermal transference issues. Deep wall cavities and use of raised heel trusses provide for an ability to super insulate. Material use is minimized by elimination of redundant members so often found in stud walls. Add to this – an average physically capable person, who can and will read instructions, can successfully erect their own beautiful home!

Today’s fully engineered post frame homes are not your grandfather’s pole barn. Although steel siding and roofing will prove to be more cost effective and durable than any other cladding materials – any exterior surfacing is possible. As an example, one of our clients is building on Lake Havasu, Arizona with a concrete tile roof and stucco for exterior wall finishes. 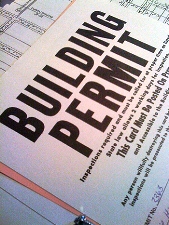 There are jurisdictions sadly attempting to prevent ‘pole barn houses’ in their neighborhoods. Scenarios usually go something like this – a potential homeowner inquires to their local building permit issuing authority and asks, “Can I build a pole barn home here”? Too often (in my opinion one time is too often) they are told flatly no. Most of these who do move forward, automatically default to an easy route and stick frame.


What is not being asked by these potential post frame home owners is, “Can you provide your written ordinance prohibiting fully engineered post-frame homes”?

Use of terms such as “pole barn” or “pole building” home, barndominium, shouse or shop/house oftentimes cause permitting waters to become clouded. Presenting as a “fully engineered post-frame home” dramatically decreases initial resistance.

My personal experience is well over 90% of these jurisdictions have no such written ordinance. And if it is not in writing, and duly approved by an elected governing body, then it does not exist. When pointed out no written prohibiting ordinance exists, this has always resulted in approval.

In those rare instances where an adopted written statute does appear, I have often appealed to legal counsel for the jurisdiction. I kindly explain, in trying to rule out a 100% Code conforming structural building system, they are attempting unlawfully to restrict free trade and this could result in a protracted (and expensive) legal battle they cannot win. Municipalities do not want to have to explain to their constituents how good money was thrown after bad. For me, in all but a single instance, this has resulted in approval to move forward.

Other courses of action would include taking this issue to the jurisdiction’s governing body (City/town counsel or county commissioners) and requesting their statue be overturned or amended. This can prove to be a lengthy process as the wheel of progress moves slowly.

Now my one single (and ongoing) challenge – Madison County, Illinois. In their Ordinance #: 2020-02 “Ordinance authorizing a text amendment to Chapter 93 of the Madison County Code of Ordinances”:

Madison County’s Planning and Zoning Department’s position is “frame” means stick frame only. I have reached out to Madison County State’s Attorney’s Office and as there is no pending actual permit application, they feel there is no compelling reason to address this issue.

Planning and Zoning Departments can regulate things such as setbacks, building footprints, heights, siding and roofing materials, even colors! However it is unlawful to preclude any Code approved, engineered structural building system.

In my humble opinion, we will see entire subdivisions filled with post-frame homes, as affordable housing becomes less and less affordable.