We don’t have network television access out here in the sticks where I live, so we see little TV except for Netflix.

Our 19 year-old son Brent was out to visit one afternoon and started watch a program originally aired as a reality TV series in 2010 on the A&E Network. I suppose I always knew Americans were hoarders, but Storage Wars gave it an entirely new spin for me.

The premise of Storage Wars is, the contents of storage units with unpaid rent have their contents sold by an auctioneer as a single lot of items in a cash-only auction. Storage Wars follows professional buyers who purchase the contents based only upon a five-minute inspection of what can be seen from the unit door when it is open. The goal of the potential buyers – turn a profit! 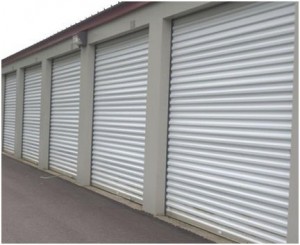 Before 1996 only 6% of the population used storage services, in contrast to 65% of today’s population. Over the past four decades, self-storage has been one of the fastest growing industries in the U.S.

In the 1980’s my Dad had done a fair amount of research into the post frame industry and felt he had a pretty good grasp as to what it takes to be profitable.

#1 Dirt – the land needs to be affordable, located conveniently and not have overly onerous Planning Department requirements.

#2 Unit mix – having a broad variety of sizes allows customers to move up in size when their belongings expand.

In 1991 I built a self-storage project with three buildings – totaling 20,400 square feet. I couldn’t convince the owner to go with anything other than 10’x20’ units. When he couldn’t pay me, I foreclosed and became an, “I really don’t want to own this, owner”. It was a true challenge only having a single size to offer.

#3 Don’t overpay for the building, or scrimp trying to cheap out. Here is where pole buildings shine – great value for the investment and for the DIYer, it offers a tremendous money savings. Make your storage building look attractive. Eric’s building has “warm” inviting colors as stone for siding with contrasting dark gray for wainscot, roof and trim. The impression you want to have shine is your storage building is a clean place to store valuable “stuff” where folks are willing to pay for the space.

Next break from watching Storage Wars, get out the pencil and paper and see if the numbers could work for you. Most self-storage properties are free and clear within five to seven years!