A few years ago a Hansen Pole Building became a gun range for U.S. Marine Corps at Camp Pendleton, California. It was easy for us, as we were merely given dimensions to provide and only afterwards were we clued in to actual building use. 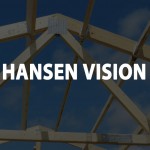 In my humble opinion, Diane has highly underestimated required space needed. Each shooting lane should be four to 4-1/2 feet in width and around 84 feet in length. Add 10-12 feet for shooting lines and 20-24 feet for bullet stop and we are talking a bare minimum of 36 feet in width and probably 120 feet of width for an eight bay gun range.

Below are some items Diane should be mindful of:

Design, operation, and maintenance of indoor Firing Ranges require consideration of a number of safety and health factors. For example, ammunitions contain explosives and other hazardous components, such as lead. Adequate volume and direction of air movement are necessary to avoid inhalation of health hazardous lead fumes and dust and carbon monoxide released during firing. In addition, metal fragments from spent bullets must be controlled to avoid ricochets in direction of shooters. Acoustical controls must be installed to protect firing range employees and users from hearing loss due to hazardous noise levels created by discharging weapons. Typical features of firing range space types include a list of applicable design objectives elements as outlined below.

Occupancy: Occupancy Group Classification – Assembly Group A as a gathering place of persons with purpose being recreation. For occupant loads of less than 50 persons, then it would be Group B under IBC (International Building Code) Section 303.1.1.

Ventilation and Lead Exposure Mitigation: Ventilation system must control exposure to lead. Supply and exhaust air systems are critical to operation of an indoor range and health of building inhabitants. Design must include a positive exhaust system for removal of airborne lead. A slight negative air pressure must be maintained inside range. This can be achieved by exhausting typically three to seven percent more air than taken in. Optimum air supply across firing line would be 75 FPM (feet per minute) with a minimum acceptable airflow of 50 FPM with a 2-30 FPM airflow maintained halfway between firing line and bullet trap. Supply and exhaust fan systems must have control interlocks to ensure simultaneous operation. All doors into negative pressure area must have air locks. Armories are typically designed to have 15-minute Class M emergency vault ventilators and ventilator ports per UL 680 Emergency Vault Ventilators and Ports and allow for supply of 10 CFM of outside air per 100 square feet. A ventilator port provides a minimum of two SF of openings in case of power failure. Supply ducts in adjoining spaces should have lead sensors to assure ventilation systems are working correctly. Typically, 100% exhaust should be provided from firing lane areas, ammunition storage areas, and weapons cleaning areas.

Noise Exposure Mitigation: Noise reduction inside of range and noise transmission outside of range are different design considerations. Mass and limpness/flexibility are two desirable attributes for a sound transmission barrier. Unpainted heavy masonry walls provide mass. Absorptive acoustical surfacing will reduce noise level in range but will have little effect upon  transmission outside range. Noise levels in range should not exceed 85 decibels, and should be considerably less to improve communication between shooters and range official. Conventional acoustical treatment can be used for surfaces behind firing line.

Protective Construction: Materials—typically steel, plywood, and concrete—used for sidewalls, baffles, overhead containment, bullet traps, and other areas where a bullet could impact must ensure bullets are deflected downrange and not towards firing line. Ricochet control must be considered when positioning brackets used for baffles, positioning bolt heads, and selecting protective construction. For example, to prevent ricochets and trap bullets, bullet backstops made of core-filled CMU with sacrificial cladding and with no openings in zone directly behind firing lanes should be provided. All non-ballistic walls and canopies should have shields typically constructed of 1/4″; steel plate with 1/2″; sacrificial plywood cladding. Range floor construction – generally 8″; thick reinforced concrete with 1/4″; slope per foot from firing line to target line with a secondary slab located upon neoprene cushioning.