Home >> About The Pole Barn Guru >> What Amazon Means to Me

What Amazon Means to Me

Information provided by KTVU in Sacramento, CA has been incorporated in this post.

Online retailer Amazon.com has tried to become all things to all consumers, but in California, it has taken on a role it has fought against for years as tax collector.

The change, which took effect in mid-September 2012, comes after years of bitter back and forth between the world’s largest online mall and the California Legislature over whether Internet retailers should have to charge sales tax. The two sides reached a deal in 2011 which had included a one-year grace period.

Technically, consumers in states which charge sales tax and make purchases via the Internet are supposed to calculate their obligation and send it directly to the state. But less than 1 percent does, according to the California Franchise Tax Board. 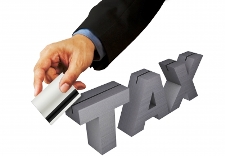 Lawmakers have long complained the increasingly popular e-retailer was depriving the state of California millions of dollars by refusing to charge taxes at checkout. But Amazon said it was shielded by a 1992 U.S. Supreme Court ruling which prohibits states from forcing businesses without a physical presence in the area to collect sales tax. The e-commerce giant said it did not have a physical presence in California because it does not have warehouses or other buildings in the state.

Similar fights have played out in other states, with Amazon sometimes threatening to shutter distribution centers to be able to continue selling tax-free goods.

Now Amazon is making parallel treaties across the country, paving the way to start opening warehouses and offering faster shipping in areas where tax disputes had previously prevented the company from putting down roots. The company now collects sales taxes on orders shipped to seven states, including New York and Texas, and has agreed to start imposing levies in six more.

More change may be on the way. Amazon is lobbying Congress to cut through the web of state-specific rules and devise a national policy for Internet taxation.

What does this mean to consumers who enjoy purchasing online from the comfort of their living room or office? Increased costs, and not just from the taxes which may very well have been unlawfully avoided by the end users.

Most internet businesses are small companies, often one person shows, or operated with a handful of employees. In the event the “Amazon tax” is forced upon internet businesses nationwide, many will be forced out of business, due to the burden of the added costs for an employee or employees – merely to handle the collection and reporting requirements. Those who remain will have no option but to pass those new costs onto their customers.

How Post Frame Building Lumber is Born
I’ve been blessed with being able to have extensiv...
An Advance Article Preview for The Advertiser
Besides being a semi-regular contributor to Rural ...
You Can Do It!
You Can Do It! Screamed headlines of my first e...