One of our clients, Matt from Chapel Hill, NC, sent us a few photos showing a concern of “timber checking” to Justine, the Hansen Pole Buildings Productions Wizard (she loves it when I come up with interesting titles for what she does). 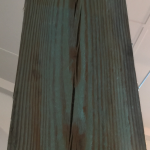 Here is what Matt had to say:

“Been a while since we spoke.  First off, want to say we are very happy with our new barn.  Turned out great.  Going to be photographing it soon.  Attached a few pics in this email.

I do have a concern I wanted to get your feedback on.  Many of the wood columns have pretty large cracks in them.  Not sure what is normal and what may be an issue.  We did do an interior buildout in the part of the barn.  Not sure if that created an excessive load or not.  But are also similar cracks in the barn area that doesn’t have buildout.

Let me know what your engineer thinks.” 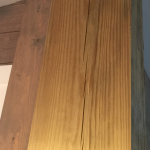 I live life for clients who are happy with their new buildings. There are lots of them, which makes life very rewarding.

What the client is seeing is called “checks”.  These are a separation of the wood normally occurring across or through the rings of annual growth and usually as a result of seasoning.

Checks occur because drying stresses exceed the tensile strength of the wood perpendicular to the grain, and they are caused by tension stresses which develop in the outer part, or shell, of timbers as they dry around the still wet and swollen core. Surface checks usually develop early in drying because the lumber surfaces dry too quickly as a result of low relative humidity. 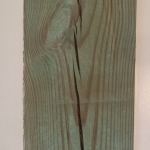 Matt’s post frame building happens to be a rather unique monitor barn, with a roof only side shed along one side and a partial loft. I’m looking forward to seeing the photos of the completed project, I hope you are as well. 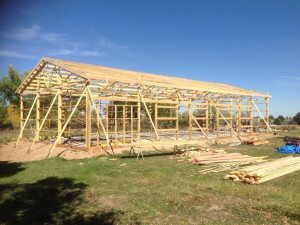