One of my Facebook friends, Scott, has recently been doing a house remodel on a home he purchased in Spokane, Washington. He has been good about posting progress photos, until today when he posted a non-progress photo. 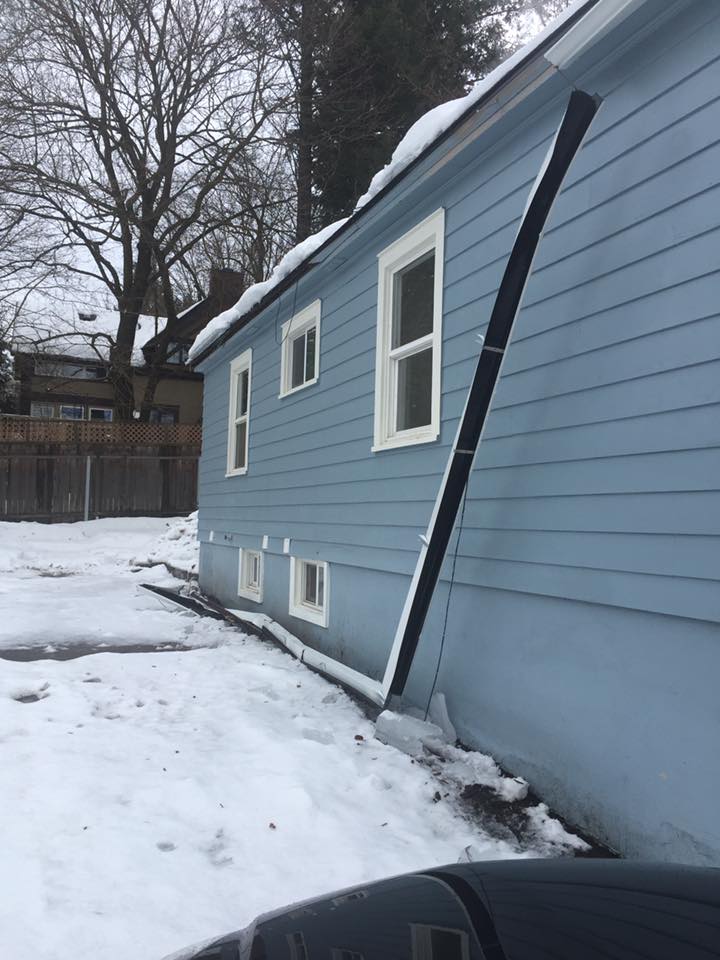 The casual article skimmer will notice the photo and perhaps think this “gutter on the ground” issue must be due to installer error. Having been down this very same road, I can reasonably assure you, kind reader, to this being a problem of the roof itself.

When I first built my small garage at our Newman Lake, Washington home, I had gutters put on it. The gutter installer would only guarantee his work, if we had a snow retention system installed on our roof.

You can bone up on snow retention systems herehttps://www.hansenpolebuildings.com/2017/01/snow-sliding-off-roof/

Because there has been an inordinate amount of snow in various areas of the United States the past few years, I will probably begin to sound like a nag when I repeatedly discuss not only proper snow load design, but also proper design for keeping the snow where it belongs – on the roof, not falling off and injuring anyone.

In a recent Spokesman-Review article (read the full article here: https://www.spokesman.com/stories/2017/feb/05/snow-falls-off-roof-of-selkirk-lodge-causing-minor/) snow sliding off from a metal roofed lodge injured several and resulted in at least one ambulance ride. With the proper snow retention system in place, the slide off event would probably never have occurred.

The first reason is always down to “cost”. People selling and constructed buildings have an inane fear of trying to discuss added investment, which adds to the price.

If it helps to protect an innocent person from being injured or worse killed – it was a cheap investment. As a consumer, just explain the benefit to me and I am a believer.

The second reason is because it is not a requirement of the Building Codes. I am certainly no fan of government intervention however the Codes at least form a minimum framework from which buildings can be designed and built so as to prevent loss of life or injury. Hopefully this small portion of the Codes will be addressed in the future.

Meanwhile, it is up to me to inform – an informed new building owner is the happiest one, as they ended up getting what truly works best for them over the long run.

Snow Sliding off a Roof 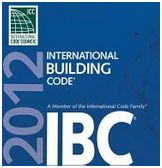 I’ve recently been searching the pages of the IBC (International Building Code) for a section which I was just certain I had viewed in an earlier Code edition – preventing accumulated snow  sliding off roofs, in particular at door openings. I even went so far as to post a query in a Building Code Forum I am a member of. The other members confirmed I will be futile in my search however one of them did come up with a link to a very sad story: https://www.foxnews.com/us/2016/02/27/snow-from-idaho-cabin-roof-buries-3-children-1-dead-2-in-hospital.html

These could very well have been your or my children or grandchildren – or even an adult, in the event of a large snow slide.

I will admit to being sensitive to snow killing people, especially loved ones, ever since the tragic death of my cousin Kim, due to lots of falling snow back in 1986 (read more about Kim Momb here: https://publications.americanalpineclub.org/articles/13198701502/Avalanche-British-Columbia-Selkirk-Mountains). 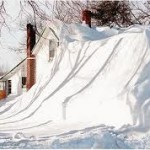 Snow sliding down mountains happens and is pretty hard to prevent in the back country. Snow sliding off building roofs can be avoided and with it tragic events such as the death of a child.

By use of a properly design snow restraint system.

Before any modifications are done to an existing roof, the structure needs to be reviewed to determine if it is designed to support the weight of snow remaining on top, rather than sliding off. Provisions of the model Building Codes, allow for reductions in the design roof load for snow sliding off, especially in the case of unobstructed slippery roofs (e.g. steel roofing).

If your building is designed with a Cs value of less than 1.0, then it is not a candidate for a snow retention system.

Snow retention systems can be as simple as the steel trim snow breaks which I have screwed down to the roofs of my home and two post frame buildings at Newman Lake, Washington. Without them, the 7/12 slope roofs will allow 18 to 24 inches of snow to accumulate, before sliding off with the speed of an oncoming freight train. When a mass of snow of this volume hits the ground, the noise if both deafening and frightening and the impact would most certainly not be healthy for anyone hit by it.

For more information on snow retention systems, please check out this article on snow brakes: https://www.hansenpolebuildings.com/2012/02/snow-brakes/