Is Fiberglass Insulation a Carcinogen?

Is Fiberglass Insulation a Carcinogen?

We live in a world fraught with unseen perils (COVID-19 anyone?), however fiberglass building insulation is probably not one of them. When it comes to fully engineered post frame barndominiums and homes, we all just want our clients to be safe and happy.

I went to an expert on this subject as Angus E. Crane penned this article “Cancer Warning Labels Removed from Fiberglass Building Insulation Products” for Insulation Outlook:

The North American Insulation Manufacturers Association (“NAIMA”) and its

fiberglass member companies have promoted the usefulness and safety of
fiberglass insulation products since the 1930s. Throughout the years, NAIMA has
asserted that “biosoluble” fiber, fiber that readily dissolves in the lungs, is
safe to manufacture, install and use when the proper work processes are
followed.

Man-made vitreous fibers were identified as a possible carcinogen in 1987 by the International Agency for Research on Cancer (“IARC”). 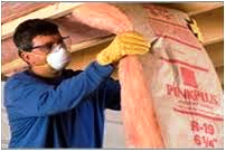 These claims were later adopted by domestic governmental bodies. However, since
then, scientists, both internationally and domestically, have questioned the
evidence backing the classification of fiberglass as a carcinogen. Medical and
scientific evidence has been collected and analyzed from groups in the United
States, United Kingdom, Canada, The Netherlands, Australia, New Zealand, and
others since the 1930s.

In October 2001, IARC changed the classification of “insulation glass wool,” moving it from Group 2B (possibly carcinogenic) to Group 3 (not classifiable as to its carcinogenicity to humans).”1

Recent
Developments in the United States

Also in 2011, the California Office of Environmental Health
Hazard Assessment (OEHHA) published a modification of its Proposition 65
listing to include only “glass wool fibers (inhalable and biopersistent).”3
The OEHHA action means that a cancer warning label for biosoluble fiberglass
home and building insulation is no longer required under California law.

Delisting fiberglass insulation from the NTP’s Report on
Carcinogens (RoC) and California’s Prop. 65 list of carcinogens is consistent
with the findings or conclusions reported by the IARC4 in 2002; the
National Academy of Sciences (NAS)5 in 2000; the Agency for Toxic
Substances and Disease Registry (ATSDR) in 20046; and Health Canada7
in 1993.

What is a
Biosoluble Fiber?

To identify those fibers described by NTP and California as
biosoluble, NAIMA and its members have adopted as a policy the European Union
(EU) criteria to identify which fibers require cancer warning labels under U.S.
and California requirements. The EU provides a scientific classification system
for differentiating and distinguishing between those glass fibers that require
a cancer warning label from those that do not. The EU system relies on
standardized in vivo protocols. For additional details, the reader may consult
the EU Guidelines ECB/TM27 rev. 7.9

The labeling of fiberglass insulation as a possible carcinogen had its genesis in
animal implantation studies. Implantation is a non-physiological route of
exposure. These studies literally injected or surgically implanted large
quantities of fibers directly into the abdomen, pleura (lining of the chest and
lungs), or trachea of the animals, bypassing the animals’ normal respiratory
systems’ protective mechanisms. Some of these studies resulted in tumors.10

Relying upon the studies where tumors occurred in animals
after implantation, IARC, in 1988, classified fiberglass as a possible
carcinogen. California’s OEHHA (Prop. 65) and NTP followed shortly thereafter
with similar listings. These listings were based on the animal implantation
studies, however.11 Over time, most in the scientific community
agreed that these implantation studies were not appropriate for characterizing
human health risk.12 It was the consensus of a World Health
Organization (WHO) panel of fiber toxicologists that these non-physiological
methods of administering fibers to animals were not appropriate substitutes for
inhalation studies for assessing risk of fibers to human health.13

As the legitimacy of implantation studies was called into question, a series of inhalation studies was conducted at RCC Laboratories in Geneva, Switzerland. The results of these studies demonstrated that animals exposed through inhalation to large doses of glass wool fibers did not develop tumors.14 With this animal data and expanded human epidemiological
data, IARC revisited its earlier decision. In October 2001, a panel of international experts reviewed the data and concluded that fiberglass and rock and slag wool fibers used for thermal and acoustical insulation were considered “not classifiable as to carcinogenicity to humans (Group 3).” IARC noted specifically:

“Epidemiologic studies published during the 15 years since the previous IARC Monographs review of these fibres in 1988 provide no evidence of increased risks of lung cancer or of mesothelioma (cancer of the lining of the body cavities) from occupational exposures during
manufacture of these materials, and inadequate evidence overall of any cancer risk.” 15

Catching Up With
the Rest of the World

It is useful to understand that to be listed on the RoC,
certain criteria must be satisfied (published in the Report on Carcinogens,
Twelfth Edition [12th RoC]):

– Known To Be Human Carcinogen:

There is sufficient evidence of carcinogenicity from studies in humans, which indicates a causal relationship between exposure to the agent, substance, or mixture, and human cancer.

– Reasonably Anticipated To Be Human
Carcinogen:

There is limited evidence of carcinogenicity from studies in humans, which indicates that causal
interpretation is credible, but that alternative explanations, such as chance, bias, or confounding factors, could not adequately be excluded,

there is sufficient evidence of carcinogenicity from studies in experimental animals, which indicates there is an increased incidence of malignant and/or a combination of malignant and
benign tumors (1) in multiple species or at multiple tissue sites, or (2) by multiple routes of exposure, or (3) to an unusual degree with regard to incidence, site, or type of tumor, or age at onset,

there is less than sufficient evidence of carcinogenicity in humans or laboratory animals; however, the agent, substance, or mixture belongs to a well-defined, structurally related
class of substances whose members are listed in a previous Report on Carcinogens as either known to be a human carcinogen or reasonably anticipated to be a human carcinogen, or there is convincing relevant information that the agent acts through mechanisms indicating it would likely cause cancer in humans.

Conclusions regarding carcinogenicity in humans or experimental animals are based on scientific judgment, with consideration given to all relevant information. Relevant information includes, but is not limited to, dose response, route of exposure, chemical structure, metabolism, pharmacokinetics, sensitive sub-populations, genetic effects, or other data
relating to mechanism of action or factors that may be unique to a given substance. For example, there may be substances for which there is evidence of carcinogenicity in laboratory animals, but there are compelling data indicating that the agent acts through mechanisms that do not operate in humans and would therefore not reasonably be anticipated to cause cancer in humans.

This evidence can include traditional cancer epidemiology studies, data from clinical studies, and/or data derived from the study of tissues or cells from humans exposed to the substance in question, which can be useful for evaluating whether a relevant cancer mechanism is operating in humans.

IARC, NTP, and California’s Prop. 65 do not often remove substances from their lists
of carcinogens. NAIMA and its members are not surprised by the recent development, however, because they are supported by medical and scientific evidence.
NAIMA restates that “Fiberglass insulation products are safe to manufacture,
install and use when recommended work practices are followed.”18

Disclaimer: Unless specifically noted at the
beginning of the article, the content, calculations, and opinions expressed by
the author of any article in Insulation Outlook are those of the author and do not
necessarily reflect the views of NIA.