Personally, I am no fan of having buildings exempted from structural plan reviews. As most of the agricultural exemption buildings tend to be pole buildings, some of them are prone to being under designed, under built, and subsequently fall down – which does not cast a fair light on the providers of pole buildings (such as Hansen Buildings) who do not cut corners.

As I spent a decade providing post frame buildings in the Willamette Valley of Oregon, often it felt like almost everyone was using the Agricultural Exemption – or trying to.

The agricultural exemption is only from the Oregon Structural Specialty Code (Oregon’s version of the International Building Code). Any electrical, plumbing or mechanical work is subject to permit and must comply with the respective specialty code provisions.

The building official is not authorized to determine what constitutes a “farm” as applied in ORS 455.315(2). The determination for what constitutes a farm is vested with the local jurisdiction’s planning department in conjunction with adopted zoning ordinances.

In Oregon an “agricultural building” is defined as a structure located on a farm and used in operation of the farm for one of the following:

Storage, maintenance or repair of farm machinery and equipment.

The raising, harvesting and selling of crops.

The feeding, breeding, management and sale of, or the produce of, livestock, poultry, fur-bearing animals or honeybees.

Dairying and the sale of dairy products. 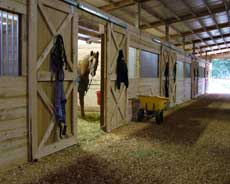 Any other agricultural or horticultural use or animal husbandry, or any combination thereof, including the preparation and storage of the produce raised on the farm for human use and animal use and disposal by marketing or otherwise.

An “agricultural building” is not any of the following:

A structure used for a purpose other than growing plants in which ten or more persons are present at any one time.

A structure regulated by the State Fire Marshall.

A structure used by the public.

If you are considering constructing a pole building in Oregon which you feel might fall under the agricultural exemption, be safe, rather than sorry.  Contact your local permit issuing authority and get permission first, rather than having to ask for forgiveness later.

The International Building Code (IBC) is the primary non-residential United States model building code. Although the code covers all buildings, and has been adopted to varying degrees in all 50 states, most agricultural buildings are not designed in accordance with its provisions. This is because most state and local governments which adopt the IBC exempt “buildings used exclusively for farming purposes” from all building code provisions.

Due to this special agricultural exemption many builders are quick to tell farmers they do not need to have their agricultural buildings engineered. While this is absolutely true, it is foolish.

A consumer deciding they do not need to have their building engineered if it is code exempt, a permit is not required, or their Building Department does not require engineered plans, is no different than deciding you don’t need to wear a seat belt just because no one forces you to wear one. 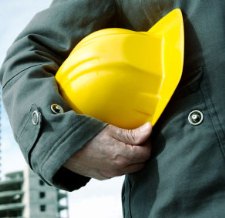 I believe all buildings should be fully engineered. Non-engineered buildings needlessly endanger those who occupy them. A lack of building engineering is responsible for countless animal deaths every year, as well as millions of dollars in damage to building contents.

With respect to a consumer, I highly recommend asking for written confirmation their building is designed to meet IBC structural performance criteria. This written document should be structural plans and calculations “wet signed and sealed” by a qualified registered professional engineer (not a photo copy), and should be specific to the address where the building will be constructed.

Be extremely leery of builders who erect buildings designed and supplied by a local lumber yard. The “engineering” of many “lumber yard” building kits is often quite limited or even non-existent. It is also important to understand just because a purchase includes nice looking plan drawings does not mean the building has been properly engineered.

Every time a large storm brings down buildings, the construction industry takes a hit as code officials, insurance companies and consumers begin to question building system integrity. Insurance premiums go up on all structures, even those which are fully-engineered.

What should be of major concern is the sheer number and steady increase in large building failures. This occurring should not surprise anyone. Double structure size will double component numbers, and this alone approximately doubles structure failure probability.

From a consumer safety perspective, large building failures are more a concern than small building failures because there is generally a greater potential for loss of life in larger facilities. In response, some individuals have suggested code exemptions for low risk buildings be terminated, at least for larger structures. I am not for more government intervention but buildings are not failing due to a building code exemption.  They are failing because they are not properly engineered and/or constructed.

Invariably, when reports of another non-engineered building failure surface, someone will exclaim “they sure don’t build them like they used to.” My typical response is, “Be thankful, because past generation buildings do not come close to modern fully-engineered building performance levels.”

The sheer size of many of today’s buildings, distances they clearspan and loads they can withstand make them true engineering marvels. The low per square foot cost of pole buildings is a reflection of efficient material usage. This efficiency, when coupled with their durability makes the modern, fully engineering pole building probably the world’s most environmentally friendly or “greenest” structures.

My advice, whether your building is “ag exempt” or not, at a minimum, purchase a building which is fully engineered.  Insist your pole building is designed to codes using the loading values for the building site.  Don’t cheap out.  Be safe… not sorry.