Home >> Uncategorized >> Shouse >> You Can’t Build it Here Part I

You Can’t Build it Here Part I

You Can’t Build It Here 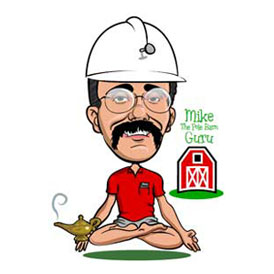 When I first began selling pole barn kits in Oregon, back in 1980, they were almost universally no permit required farm buildings. As our service area expanded into states such as California and Nevada, engineering was required in most instances, however there was never a concern about a pole building not being approved for use in any jurisdiction.

Now there were some ‘tough’ Building Departments. Most providers and builders refused to even quote permitted pole buildings within Multnomah County, Oregon or King County, Washington – just because they involved engineering and had plans examiners who were actually engineers themselves.

As our Pacific Northwest pole building industry evolved and expanded, we knew we had clients who were bootlegging our buildings into homes, but it wasn’t until I built a shouse (shop/house) for myself in rural Spokane County, Washington nearly 30 years ago, where I actually participated in a post frame building specifically designed for residential use all along.

In recent years, there has been a literal explosion of barndominiums across our country – many of these being post frame homes. And why not? Post frame offers so many benefits over limitations of what is considered to be a more traditional structural system – stick (or stud wall) framed.


Perhaps stick built construction’s biggest advantage is builders and tradespeople are very comfortable working in and around stick framing. All registered architects and most building inspectors are very familiar with stick framing. 2018’s International Residential Code (IRC) provides a prescriptive ‘cook book’ to follow for adequate structural assembly, within certain limitations. These include, but are not limited to, no story height of greater than 11 feet 7 inches (R301.3.1), no hurricane prone areas with a design wind speed of 130 mph or greater located south of Virginia, or 140 mph elsewhere (R301.2(5)B), and no ground snow loads over 70 psf (R301.2.3).

IRC802.10.2.1 further limits truss spans to a maximum of 36 feet and building lengths to 60 feet (measured perpendicular to truss span). Trussed roof slopes must be at least 3:12 and no greater than 12:12.

Wood is a very forgiving building material and, even when miscut, replacement material is usually only a short drive away. America’s home building industry has built traditional, wood stick framed homes, on site for decades.

Many builders, architects, carpenters and other subcontractors prefer to work on stick built homes as compared to alternative building systems, as it is what they are familiar with.  Because traditionally framed houses are so popular, dimensional lumber and stick built framers are readily available.

Another advantage of stick built homes is they allow for a great level of design freedom.  One can design a home with various ceiling heights, angles and curves, niches and other details. Stick framing is one way to achieve those unique details at a fairly affordable cost.

Despite its popularity, stick framing does have some drawbacks. Because stick built homes are assembled outside, over several weeks, framing lumber is subject to outside moisture. If lumber gets too wet, it can shrink and warp as it dries and cause cracks in the attached drywall.  This shrinking and warping can also make it difficult to properly insulate. To decrease risks of potential moisture problems, exteriors are covered with an appropriate and well-sealed Weather Resistant Barrier and lumber should be properly dried before drywall and insulation are installed.

Another drawback of a stick built home is it usually takes several weeks to complete framing.  Total amount of time it will take will obviously depend on the size and complexity of house plans and size, experience and availability of any particular framing crew.

Come back in two days for the conclusion in You Can’t Build it Here Part II.