Where Future Barndominium Owners Come From

Where Future Barndominium Owners Come From 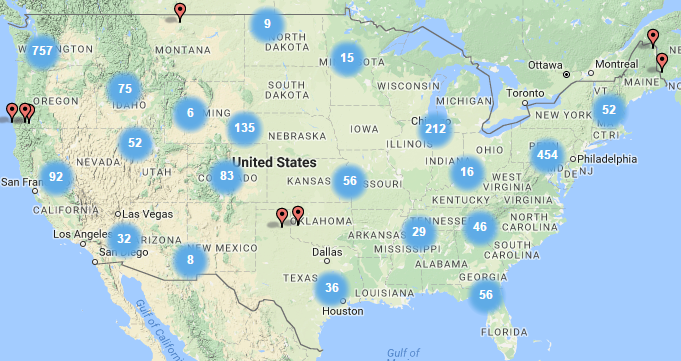 Mid-1650s, European rivals like England and France were busy dividing up a New World in North America.

English and French didn’t have much in common, and they were bitter rivals. But one thing they did agree on was their mutual hatred of Jewish people.

This was part of a long tradition in Europe. Jews had been expelled from England in 1290. France kicked out all its Jews on at least three occasions from 1192 to 1394.

And still in 1650, Jews were banned from French and English colonies in North America.

Dutch colonial governor of “New Netherland”, also tried to turn away a group of Jewish refugees in 1654.

But West India Company, which essentially founded and ran New Netherland, intervened, and convinced him otherwise.

West India Company was not into “celebrating diversity.” It simply came down to economics. They wanted productive, talented people to settle their colony.

So West India Company gently reminded this Governor a large portion of their colony’s capital had come from Jewish investors.

It even welcomed free black men, a sadly radical, forward-thinking idea back then.

This was a time in history when the Catholic Church was suppressing science and philosophy across Europe, claiming all free thought to be heresy.

Ottoman Empire, in modern day Turkey, did this same thing in the name of Islam, going so far as to ban printing presses.

This type of restriction screamed opportunity in New Amsterdam. And it’s estimated this settlement produced about half of all 17th century published books.

This included works from Galileo, who spent the last decade of his life in the mid-1600s under house arrest in Italy, convicted of heresy by the Catholic church for his scientific theories.

A remarkable number of wealthy people in the early days of New Amsterdam started from nothing. They were the original self-made men and women of America.

It was these values of freedom, tolerance, and a full embrace of capitalism made it the world’s wealthiest city.

Just think back to what happened last year with Amazon’s headquarters, which would have brought 25,000 high paying jobs, and half a billion dollars in yearly tax revenue to the city.

It wasn’t just Amazon either– New York has been losing residents for years.

And this was before Covid-19. Then NYC became one of the world’s worst places to be locked down.

No freedom, no movement, and ridiculous rents for a shoebox apartment you couldn’t even leave.

Now New York City says it will not allow large events until at least October. Of course, this ban won’t apply to protesters and rioters– another great reason to get out of NYC.

Many people are working from home now anyway. So any work-related reason for staying in New York City has evaporated.

According to New York Times data, the richest neighborhoods in New York City saw an exodus of about 40% of residents since the pandemic hit.

(This is compared to lower and middle income neighborhoods, where fewer than 10% of residents have left.)

Overall about 5% of NYC’s population– over 400,000 people– have left since coronavirus lockdowns began– and most of those were high-income earners.

Manhattan housing vacancy is at a 14 year high, and new leases are down 62% from this time last year.

This is a major emerging trend. And not just for New York City.

Of course, a lot of these people are still on the fence. They are thinking and dreaming of escaping to a sunny state with no income tax, like Florida or Texas.

All it would take is a second wave of lockdowns to push them over the edge.

Right now, it makes a lot of sense. Anyone who can work from home is highly mobile. And moving to a new state can bring huge savings– lower taxes, lower cost of living, etc.

Fitting right into this potential huge savings is an ability to have affordable luxury in a new, custom designed post frame barndominium or shouse.

For more information, please visit www.HansenPoleBuildings.com, navigate to the upper right corner and click on SEARCH. Input any term you want more information on (e.g. BARNDOMINIUM) and click ENTER. Up will come a plethora of relevant articles for your reading pleasure.