Home >> About The Pole Barn Guru >> Concrete after a Fire

Concrete after a Fire

We recently received a request from a client who had a building burn to the ground. The client proposed to reuse their existing concrete – which to me has always resonated as a bad choice.

But is it actually a bad choice?

Concrete can be some amazing stuff. In June of 1987, I was privileged enough to attend the 88th annual Rotary International convention in Glasgow, Scotland. In conjunction with this event, I was a member of a group which also toured England and Scotland by bus for over three weeks. One of the stops on our tour was the Roman Baths, located in (of course) Bath! In the first century A.D. the Roman occupiers constructed first a temple and then continued to build a bathing complex at this site. Among their improvements were concrete roads – which I actually walked upon, still intact after nearly 2000 years!

Concrete is obviously one durable building material, but how does it hold up under fire? 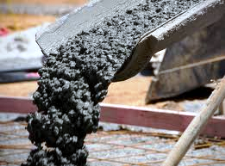 Well, the heat from fire can result in the breakdown of the chemical composition of concrete. Other effects include spalling of the concrete, which is seen as large pits. While the concrete may have protected substrates below, further investigation is probably required. Water used on the fire can also adversely affect underlying soils. It is always best to have an engineer who is familiar with concrete test for strength as sometimes it may look like the concrete is ok, but then later it begins to crumble.

To protect themselves, many Building Departments may impose requirements such as, “An affidavit from a registered design professional certifying that the effects of the fire have not significantly lowered the structural bearing capacity or water vapor retardation of the slab, including a minimum of two concrete core strength tests.”

In cases which do not require a Building permit, or structural inspections are not part of the process, it is best to perform due diligence before relying upon the strength of burned concrete.

A concrete rebound hammer can be used to field test the structural integrity remaining in the concrete. These hammers employ a rubber impact system which measures the amount of elastic rebound when a rubber insert impacts the surface of the concrete. More about concrete rebound hammers can be read at: https://www.proceq.com/products/concrete-testing/concrete-test-hammer.html?L=0&pqr=3

Soot needs to be blasted from the concrete surface with either a dry ice mixture (Best as it is least damaging) or sand. A surface-strengthening bond product can be applied after all soot is removed. Because extreme heat makes the concrete porous, the surface-bonding agent will help to protect it from moisture and eventual crumbling. If the concrete surface has suffered only slight damage from spalling, but the structural integrity is still intact, small spalled areas may be removed and patched with concrete mortar.

In my mind, I really cannot recommend reusing burned concrete without a thorough engineer’s investigation. Providing the engineer has approved its use, several avenues can be taken.

My preference would be to cut out areas of the concrete where columns would be located, excavate to place them in the ground and fill in between the new columns and the existing slab with readi-mix. As an alternative, engineered brackets can be mounted to a slab to support the columns, provided the concrete below has adequate thickness to support the weight of the structure. https://www.hansenpolebuildings.com/blog/2012/09/concrete-brackets-2/