After working on Eric’s self-storage pole building – I looked like I had brought a child’s play Star Wars lightsaber to a sword fight…..blood dripping down my face from being attacked by the blunt end of a flying 2×4 smacking me in my right eyebrow!

Yes, safety is important, and although my hat was not exactly a “hard hat”, I did wear a hat every day.  Mostly to keep the sun out of my eyes and protect the top of my head where hair once grew.

Basically, I tend to be a bit on the klutzy side – it could be something with the brain power of my 6’5” frame being such a distance from my feet. Speaking of feet, the legs directly above them experienced at least a daily blood letting. I had to start wearing my framing hammer on the left side of my nail apron, because the wooden handle kept reopening all of my wounds on the outside of the right! 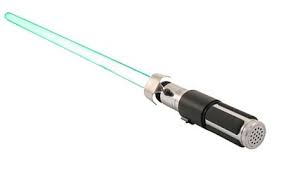 But back to the Star Wars lightsaber….

I am the “idea guy”. I come up with great ideas, but it is up to someone else to put them all together. As an example, in college I invented the take and bake pizza. I told a friend of mine in Portland, Oregon about the idea and he quickly had opened a chain of locations across Portlandia, not much different than today’s Papa Murphy’s®.

(By the way, I love Papa Murphy’s, so if anyone has an extra Papa Murphy’s gift card they would like to donate to me……)

On Eric’s pole building, I was giving Eric some instructions on how to cut steel trims with tin snips. Besides having to think about what the outcome is going to be of a series of snip cuts, there is always the thrill of trying to get the snips to cut where pointed to in the beginning. Steel can be tricky to cut, and in cutting trims, you want to be accurate.  And once cut, those edges are sharp!  Wearing leather gloves is strongly advised during cutting.

Now I know laser steel cutting technology exists….the trick would be to get it into a compact enough form (and cost effective enough) to be able to use it for cutting steel trims on jobsites.

Me – if I was building steel covered buildings every day, I’d pay good money for my own Star Wars steel cutting lightsaber. If anyone knows of an easier (and safer) way to cut steel trims than tin snips or a circular saw (and is affordable if you only have one building to construct), please email me. I am game to try them all out!