Pole Buildings and the 2014 Winter Olympics

From February 7-23 I was among millions of Americans who spent their evenings glued to their televisions to watch the 2014 Winter Olympics (officially known as the XXII Olympic Winter Games). Held in Sochi, Russia, a total of 98 events were held during the games. 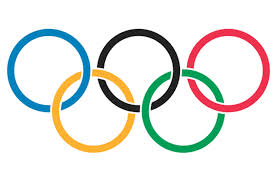 I inadvertently became a fan of men’s freestyle skiing, when I found out one of the members of the USA Winter Olympic team was Patrick Deneen.

OK, you may be wondering how I am going to connect the Winter Olympics to pole buildings. Read on….

Back in the 1980’s Patrick Deneen’s father – Pat was part owner and general manager of the Hyak, Washington ski area (now part of The Summit at Snoqualmie). The Deneen family was highly involved in resort operations, as Patrick’s mother Nancy managed sales and the local ski shop was owned and operated by his grandfather.

When the resort needed a new building, Pat ordered it from my business, at the time, M & W Building Supply. Construction was done in the middle of winter, at below zero temperatures by Jim Betonte’s company – Farmland Structures.

Not long after, on Christmas Day 1987 brought a special gift to Pat and Nancy Deneen – their son Patrick.

I thought my brother and I were young when our parents taught us how to ski at Schweitzer Basin, Idaho in 1963.  I was 6 and my brother was 3. The Deneen’s blew my thinking all to pieces, as two months after Patrick learned to walk at 9 months of age, Pat had him on the ski slopes!

Pat Deneen took his son to the ski shop, got the smallest skis they had and stuffed newspaper into the boots so they would fit. The first run was on the flattest possible slope – down to mother Nancy awaiting at the bottom.

I’ve been involved in other pole buildings with interesting clients (read more at: https://www.hansenpolebuildings.com/blog/2013/03/pole-building-11/), and for the 2014 Winter Olympics, it was the son of a client who made them even more interesting for me