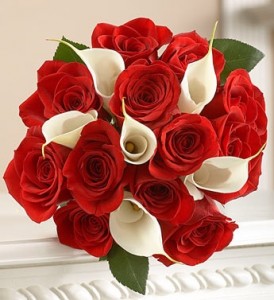 On one of my blog postings back in mid-December 2013, we used a photograph of a new Hansen Pole Building which was being used for a wedding. Astute blog reader, happy client and groom Brian spotted the photo and sent me a nice response via my Facebook. Congratulations are in order to Brian and his new bride!

Back in my pole building contractor days, we contracted to build a pole building in the Moscow, Idaho area for a couple who were going to be using their new pole barn for their wedding. We were under a time crunch to get the building done in time for the wedding bells to ring – which we happily made!

Now is where the story gets interesting…..

My grandmother was happily and healthily alive at the time, in her mid-80’s. Grandfather was departed, however Grandma Jerene was not one to let moss grow under her feet – she had met and was dating a lovely gentleman, Bob.

Grandma and I were very close – it would be a rare week for us to not at least chat on the phone. In one of our calls, she told me she and Bob were going to a wedding the following weekend. The next time I saw grandma, she had photos from the wedding. It was in a pole building….our pole building!!

As coincidence would have it, Bob was past President of the downtown Spokane, Washington Rotary Club (as well as having been a past District Governor). Their Rotary club was so large, they had a full time staff person – Debi (the bride at above wedding). As Bob and Debi had worked together (not to mention Bob was quite charming), she had invited Bob to their wedding!

There are about as many uses for pole buildings, as there are people who use them. And, over the course of their lifetimes, pole barns can have a plethora of different uses and functions – graduations, bridal showers, grooms’ dinners – not to mention weddings!

Mike the Pole Barn Guru: Unemployment Line?
I don’t think so…. Back in 2002, this was just ...
You Can't Build it Here Part II
You Can’t Build It Here Part II If you missed p...
Contracts: Punch Lists for Erected Buildings
Disclaimer – this and subsequent articles on this ...