Break out the Marshmellows…

I get Google Alerts for any articles with pole barn or pole building in them. Pretty much every day there are one or more stories about barns burning down (think of how many houses burn down every day in the USA and a barn a day is insignificant). As sad as a burned down barn may be, there is some humor to be found in some of these stories.

From a story by Everton Bailey, Jr. at www.oregonlive.com:

“The blaze was contained to the 40-by-100 foot barn, no people were injured but a search is ongoing for possible chickens that may have been in the area.”

Were the chickens arson suspects? Trying to escape to be free range?

“While firefighters fought the blaze, officials realized the pole barn, near the intersection of Butler and Hillegas roads, was actually outside the city limits.”

What were the city firefighters going to do, leave the pole barn to burn down because it was “on the other side” of a line?

From an article by Jeri Thomas at www.drgnews.com:

“The Pierre Rural Fire Department responded early this morning to the report that a large structure was on fire on property east of Pierre.  Department members were summoned to put out the fire in the large pole barn about 3:45 a.m. this morning-two miles south of Highway 14 near 206th Street.” 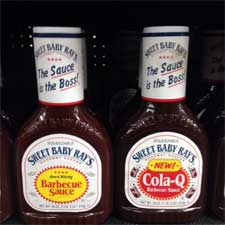 “Also helping at the scene was the Oahe Chapter of the American Red Cross.  No other structures are located on the old farmstead near the pole barn, but Kruger says the 65 X 120 building contained farm equipment, balers, and feed.  Also, there were pigs in the building and Kruger says some of the animals succumbed to the fire.”

And the winner of the “Darwin Award” is in this www.thetelgraph.com article by Greg Olson:

“A rural Winchester man was injured Wednesday evening in a fire that destroyed a 40-foot by 50-foot pole barn about 8 miles east of Winchester.

Rueter said Winchester firefighters were called to the Ben Brickey farm on Ratcliff Road about 5:30 p.m., and when they arrived they found the barn engulfed in flames. “We were told that Ben Brickey was attempting to light a wood stove in the shop portion of the pole barn when diesel fuel he was using to start the fire ignited and spread to his legs and a pile of firewood,” Rueter said. “At that time, his son Dillon took his dad out of the building and put out the fire on his father’s pants.”

I am sad to hear when anyone is injured, but sometimes I just have to shake my head and wonder “what WAS he thinking?”  What more could possibly be said after this?

When Concrete Contractors Try to Act Like Engineer...
Reader JEFFREY in CHARLOTTE writes: “I want to ...
1000
One thousand – it can be a very large or very smal...
Post Size? Convert to OHD? & Cleaning Dirty Vinyl
DEAR POLE BARN GURU: Do you have to use the same s...