From experience I generally know how to gauge the correct span for a floor joist and am usually on target when estimating the maximum load for a structural member in a truss. While I am not a registered design professional (RDP – architect or engineer), I can do long hand most of the calculations it takes to confirm whether my experienced guess actually works or not. The problem with doing it by hand – it is very time consuming and too easy to be interrupted in the middle of a particular project.

Wood suppliers estimate as many as two-thirds of all lumber dealers use engineering design software—instead of their top salesman’s educated guess—to analyze loads as a first step in the takeoff process. Before long, they predict, every dealer will rely on the software, which can do the analysis in half the time and with more precision than even the most experienced lumber expert who works without a computer. 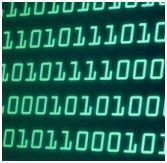 With all of the technology available, it never ceases to amaze me when I find lumberyard sales people who manually put together materials lists for pole buildings based upon, “this is the way we always do it”. Even the best of them will admit, they are only about 98% accurate – and all of them confess to the lists they produce, probably are not adequate to provide a Code conforming building.

For years, design engineers and lumber dealers relied on the tried-and-true method, using span charts and their experience to gauge loads.

Today, the common way to analyze structural veracity is via software; in fact, many code jurisdictions won’t even allow construction to start unless the builder shows a computerized layout which proves the plan is structurally sound.

Hansen Pole Buildings seemingly tried out every commercially available post frame design system on the market. When we were unable to find one which even began to meet our needs, or was even close to accurate (either structurally or from a piece count standpoint) – we wrote our own design engineering software.  It took “a few” years (I started working on this back in the 80’s) and over the past several years with a genius “techie” to greatly expand the written computer code, we put into practice a design engineering software program like no other on the planet.

With over 60,000 lines of code, this robust program actually does the complete structural design of nearly any imaginable post frame building in the background, while the dimensions and features of the desired building are being keyed in. Snow, wind and seismic forces from over 7000 permit issuing jurisdictions in the United States are preloaded into the system, providing amazingly accurate results and quotes within seconds.

It hasn’t put me out of a job yet, and as we constantly add to it (recently we added endwall sheds), I am yet called upon to verify from time to time…it’s doing what we want it to – design Code conforming buildings instantly, and accurately.