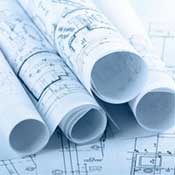 I will preface my answer with the statement I have used more than once: If anyone, including any building department plan checker, field inspector, other official, or a contractor, makes any changes or deviations from provided engineered building plans my advice is to obtain a signed statement to the effect they have now become “designer of record”. In effect, they have assumed all liability for the building’s structural design.

With this said, here is where things get dicey. Always pick the battles. Some requests by Building Officials are so minor, it is not worth getting into a fight over. The risk is always in putting forth a challenge, which might raise the ire of the plans checker or inspector. More often than not, a change asked for by the Building Department is a preference item only, which has no code to back it up.

If he wasn’t a building official, it wouldn’t really matter much whether he gets rankled or not. If he was a supplier or subcontractor, fine, take the risk; if he can’t handle it, hire a new one. But you can’t hire new building officials. Get on the wrong side with one and run the risk of installing yourself on the person’s or jurisdiction’s blacklist. Navigating the regulatory quagmire is hard enough without painting a sign on your forehead which says “I am a jerk.”

Trust me on this one – getting into the jerk line at the Building Department is tantamount to waterboarding. Life…will….become….miserable.

I have heard of projects where during construction the engineer of record got calls from the contractor asking for interpretations to the cryptic red marks all over the structural plans. This is alarming because engineers do not release construction plans with red marks on them. If corrections are to be made, engineers make them in the office and reissue the plans. What has happened is an overzealous plans examiner took it upon himself to change the engineered plans via red marks and then issue the plans for construction without bothering to ask or tell the engineer!

In changing the engineer’s design, the Building Department superseded the actual registered engineer as the engineer of record and assumed all sorts of liability. If their risk manager ever got wind of this, heads would roll. And roll they should.

Oftentimes, engineers do nothing about this, especially if it is near an Act of Congress to obtain a building permit in the particular jurisdiction. Sadly sometimes the only way to obtain a permit is via the building department redoing the design and assuming the liability. Raising a stink could cause long delays in the issuance of a permit.

Before questioning the Building Official, weigh the costs. If the building inspector is a reasonable person, ask the question. If, on the other hand, the inspector is seemingly “out to get you”, maybe let the issue pass and then at the end of the project bring it up to his superior.

If you are a Building Official and reading this, please do give me feedback on “smoothing the road”. Trust me; I am on your side. My goal is always the same: To provide adequate support and education to clients to assist them in getting a well-designed pole building which is safe, sound…and built to code.

Sliding Doors, Codes, and Quonset Huts!
DEAR POLE BARN GURU: I would like to get a quote f...
Wind Exposure and Confusion Part III
Cliff Notes for Wind Exposure Been following alon...
Cross Laminated Timber
And long-time reader Vincent Phelps has another gr...