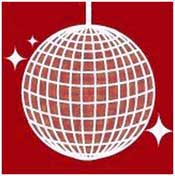 On the first of each year, I tend to get a bit nostalgic, especially for my family, my home, and how my pole building career really took off. Bear with me as I take a step or two back in time.

At the ripe old age of 33, I sold my first business in Oregon in 1990 and returned to my hometown of Spokane, Washington.

My maternal grandparents had a cabin on Newman Lake, just outside of Spokane. Built in 1909, my original plan was to spend the following summer remodeling it into a year around home. We had taken a year’s lease out on a home in the Spokane Valley.  However just a few months into the lease, a notice appeared on our door to advise us the house was being foreclosed upon – leading to a speed up of plans.

As chance would have it, the winter of 1990-91 happened to be one of tremendous snowfall in Spokane, along with some bone chilling cold and some pretty fierce winds at times. Our timing always seemed to be perfect.  Like the day we picked to install the skylight in the east bedroom. It was just above zero, the winds were howling and it was snowing. When one’s head was stuck out through the skylight hole, the snow being pounded into our faces felt like someone was throwing lit matches at us.

As with most things, there was to be an eventual silver lining.

Spokane had boomed in the late 1800’s and early 1900’s. In 1892, the Great Northern Railway arrived. The railroads in Spokane made it the transportation hub for the Inland Northwest. Particularly driven by mining (primarily from Idaho’s Silver Valley) and farming, after the Great Northern, the Union Pacific and Chicago, Milwaukee, St. Paul and Pacific railroads made Spokane one of the most important rail centers in the western United States.

Between 1900 and 1910, Spokane’s population nearly tripled, growing by nearly 70,000 people. Many of these people settled into narrow homes built on many of the city’s 25 foot wide lots. In 1908, Henry Ford began production of the Model T, and Model T garages were built in abundance in the alleys behind these homes.

With many of these Model T garages being 80 years old, and being constructed before the advent of model Building Codes, the snows of 1990-91 caused widespread collapses of these long outdated structures.

My brother Mark and I began our pole building construction business in 1991, and we had hundreds of clients lined up who needed to replace their flattened Model T garages!

Pole buildings were the perfect solution, as they were extremely affordable and could be constructed quickly. It was not unusual for one of our two man crews to complete two or three of them in a week!

It was a great beginning to over twenty years of designing pole buildings, and as I look down the road I see another “good twenty or more” ahead of me yet….designing pole barn garages, houses, shops, horse barns, airplane hangers…you name it…it probably can be designed as a pole building! It’s a great start….to another great year!