Construction Time: How Long Will it Take to Build?

Before the question of construction time can be addressed, let’s eliminate the one crucial variable – the dirt. The amount of time it takes to lay out a building a dig the holes depends upon so many factors. Is the site level? If it is level, is the pad which is prepared for the building, actually large enough to place the building and batter boards on? Sites which are “too tight” to work on, will slow everything down. 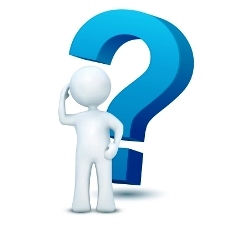 What is the soil like? Soils with medium soil bearing pressures (1500-2000 pounds per square foot), generally are pretty good to dig in. Extremely sandy? Conical shaped holes will be created which are hard to clean out. Lots of clay? When wet it sticks to everything, when dry it can be as hard as concrete. Head sized rocks? An auger will only pull up a rock ½ the diameter of the auger bit. Lots of limestone, granite, or caliche? If it sounds hard, it probably will be.

The type of equipment intended for digging the holes plays a huge part in digging time as well. By hand with a shovel and clam shells is going to be much slower than a line truck with an auger.

So….we are past the dirt.

When I was running my own construction crews, we used to monitor the approximate amount of construction time it would take crews to erect our buildings. Now there were always some exceptional crews, ones who we would shake our heads at wondering how they built things so fast. One particular four man crew, would start on a 60’ x 120’ x 16’ riding arena Monday morning, and be in the office at noon on Friday with the building done. Their secret? They had worked together for so many years, they did not even have to talk to each other on the jobsite. Each knew instinctively what to do next and what their fellow crew members were doing.

When I put up my first prefabricated roof truss assembly building, I contracted with them to install the roof steel. On the 60’ x 84’ building, I was almost disappointed when they completed the roof in under four hours!

Getting back to more average performances….the measure of person hours (yes, I had an all-female crew) to the value of the building ended up being a fairly constant measure. Keeping in mind, this is all my crews did, so they had lots of experience, they would assemble $120 of materials per person hour. Other than the few exceptional crews, this was a solid number to work from with a variability of about 10%.

For the average building owner doing their own work, I’d look at it taking twice as many hours, provided the “homework” of reading the instructions and reviewing plans for the next day’s work was done off actual construction time.

Can you construct a pole building kit package yourself? Most probably, and as long as you read and follow the instructions, it will be a beautiful building. Should you build it yourself? Assuming a $12,000 building kit, plan on somewhere around 200 person hours. Hired out, it is probably reasonable to spend around $6,000 for labor. Obviously this dollar amount will vary greatly from locale to locale. Factors such as distance to travel to a jobsite and the costs for insurance weigh heavily into the equation. If a labor quote is $6,000 and you can build it in 200 hours, you have “paid” yourself $30 per hour.

Besides the cost savings, there is the satisfaction of having created your own beautiful building and chances are – the outcome will be better than having hired it to be done!

4 thoughts on “Construction Time: How Long Will it Take to Build?”