During the first year Hansen Buildings was providing pole building kit packages, we provided the building plans and materials for a significantly large horse riding arena in western Washington.

One evening, the builder called (I could be mistaken and hate to make assumptions, but I believe he may have been significantly lubricated when he dialed) and tried to convince me he was short materials. As in VERY short – his claim was two entire units of 2×6. At 189 pieces per unit, this was significant.

I did ask him if the materials had been inventoried upon delivery, which he assured me they had been and what was received matched the counts we expected to have arrived.

I asked him if I could call him at the jobsite the next day, to review his claim.

My next call was to the building owner, asking him to please take as many digital photos as possible of all of the building walls and roof. The gracious client happily emailed me dozens of shots, within the hour. 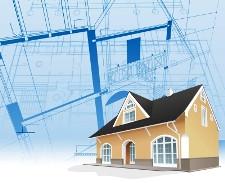 In the meantime, I manually counted every 2×6 on the building plans – one page at a time. After all was said and done, the 2×6 listed on the material takeoff list we had provided to the building owner, actually had three extra pieces listed on it. I verified the count of materials ordered from our distribution center, as well as what they showed as received at the jobsite and the numbers all matched.

Then it was time to eyeball the photos from the building owner. As I compared the photos to the plans, I noticed a few differences. The roof alone had four extra rows of roof purlins on each side of the peak of the roof, more than what was on the plans. In a building approaching 200 feet in length, this was a lot of 2×6 just on the roof. The walls were constructed using the same theory – lots more pieces than were shown on the plans.

As close as I could tell from the photos, if the builder continued to frame the building as he had begun (he had run out of 2×6 to complete the walls was the reason for his call), he would have indeed been short well over 300 sticks of 2×6!!

The next morning, I called the builder. My first question to him was, “Let’s review the building plans”. To which he responded, “Let me grab them out from behind the seat of the pickup, we haven’t looked at them yet”…….

And he even wondered why he was short?

One thought on “Building Plans: Plans, What Plans?”