Before the Pole Barn Guru 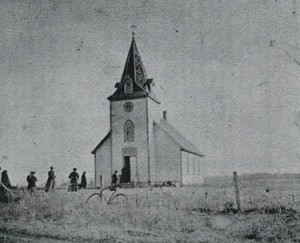 In order to best understand where one is at today, it helps to know where one has come from. Jump in the “Way Back” machine with me and travel to my roots.

Rendalen, Norway, 1857 Amund Amundsen (Braenden) and Gjertrude Hagensdatter had a son, Amund Amundsen Momb (my great grandfather). Norway, at the time, was a very controlling church state. During the 1880’s over 11% of the total population emmigrated to the United States, including the 2 Amunds (father and son).

Drawn to the rich farmland and inland lakes of northwestern Minnesota, the family settled in the Detroit (now Detroit Lakes) area. Here is where recorded family construction history begins as the family constructed farm houses, outbuildings as well as the original Lutheran church in the area.

Great grandfather Amund, married Bertholina Oldsdatter Faellingen and their third son, Peter, was born in 1898. The Great Depression found grandpa Pete in the Inland Pacific Northwest. Grandpa Pete was a builder and his six sons including my father – Sid, and uncles Lyle, Neil, Gaylord (Gil), David and Amund all followed in the construction trades. As soon as the boys were old enough to wield a hammer and carry lumber, they were put to work. Old timers still tell stories about going by homes grandpa was building and seeing his young sons scurrying everywhere.

The 1950’s found Sid, Lyle and Neil as partners, framing houses. They also constructed numerous Seventh Day Adventist churches scattered about northeast Washington and northern Idaho. In 1962, Uncle Neil relocated to the Seattle area, where he continued the construction legacy. Neil was invited to Japan, where he instructed the Japanese in how to build earthquake resistant structures.

The remaining five brothers continued to work together in the framing business for several decades. Always known for being at the cutting edge of innovations, they were the first framers in their area to own their own forklifts and to use air nailers. While never the least expensive, they were consistently in demand for the high quality of their workmanship and for not wasting materials. Sid, Lyle and Gil may very well be the only three brothers to ever have served as the president of their local Home Builders Association chapter.

One of my earliest construction adventures was watching my Dad and uncles construct new docks for my maternal grandparents and their neighbors on Newman Lake, WA in the early 1960’s. I commandeered all the cutoff pieces of timbers and they became my “building blocks” for several years. A weekend treat was driving around Spokane with my parents, with Dad pointing out each of the buildings he had worked on.

Dad swore if he ever caught my brother or I with a hammer in our hands, he would whomp us alongside the head with it.  As these things go – by age 16, I was on the jobsite. Our first project took all summer – a multi-story commercial medical building. I was entrusted as the “sawyer” for the project, so my task was to do all of the cutoff work.  Everything was prepared for rapid assembly. This also exposed me to my first working at heights, and I did not at all feel comfortable walking walls over 40 feet in the air, dragging 50′ span roof trusses, with my mountain climbing cousin Kim running along the opposite wall.  My size 14 feet were no match for his tiny size 8’s!  My cousin Kim later climbed the Eastern face of Mount Everest, and I learned to always find a way to be the “sawyer” for every building project, and stay on the ground.

I’d always been good at drafting in high school, so decided architecture must be the field for me. It took me nearly two years (the first at the University of Idaho, the second at Montana State University), to realize my dream of practical and affordable structures did not fit with what my professors had in mind. It felt to me as though their most important focus was on building monuments to themselves.

Returning to Spokane, I went to work as on the “pick up” crew of a local builder – we did all of the change orders. I quickly remember why I had not liked working for this contractor. One of my friends was working for a local pre-fabricated roof truss company and had suggested I apply for a position there. One morning, at coffee break, I did just that. They asked me if I could start right then, so I resigned my prior position and went to work as a sawyer in their truss plant. Three weeks later, I was given the opportunity to transfer to their sister plant in Couer d’Alene, Idaho – where I was to work in the plant, with the potential to be able to work in their office some time in the future.

The partner who managed Couer d’Alene Truss, Ted Thompson, saw abilities in me which I did not realize I had. At 19 years old, he put me in their office from the first day as truss designer and sales staff (they had no other sales person). Over the next two plus years, he allowed me to grow to pretty much do everything except write the checks. I did all of the sales, truss design, scheduled the shop, hired and fired, did lumber purchasing…it was more than a dream come true.

2 thoughts on “Before the Pole Barn Guru”