If you didn’t read my blog yesterday – I suggest you may want to flip back and read that one first – so you know where I am coming from ….

The following is a word-for-word comment on my article of June 17, 2015, which was received June 23: 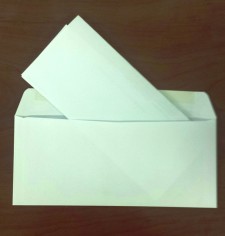 Wow. Now I know what the US must have felt like on December 8, 1941! Mr. Momb (and I won’t refer to you as a “Guru” no more than I would refer to a man named Al Sharpton as a “Reverend”), what prompted you to initiate this attack on my product?

As a registered Professional Engineer I can cite numerous standards/practices upon which our product was developed, tested and is maintained to this date. I can also state that (until just a month or so back) the glulams you so highly tout (made by Timber Technologies)were NOT manufactured to AITC A190.1 (which has been the bible for glulam production for many years). In short I as a registered Professional Engineer could NOT (at least ethically) allow the use of a Timber Technologies glulam post in ANY post frame structure!

Mr. Momb, like yourself I’ve been around for awhile now. I sat on NFBA’s BOD (I believe shortly after you did because your name was often brought up) and organized led NFBA’s effort to continue to allow CCA use for nail laminated columns including testifying before the EPA back in 2003. I’ve also testified before ALSC (American Lumber Standards Committee)in 2012 regarding design values for visually graded SYP. This effort resulted in me landing on SPIB (Southern Pine Inspection Bureau) T&R Committee (in fact when I first heard of your attack I was at a SPIB T&R Meeting in Pensacola, FL). I also sat for many years on NFBA’s T&R Committee (and have a great deal of respect for my colleague Dave Bonhoff P.E. who’s work, which was not published until AFTER we tested our product at Dr. Frank Woeste’s lab in Virginia Tech, culminated in ASABE EP559). When I first came on the “scene” the only laminated column producers (outside of individual companies making their own) was Rigidply (headed by my friend Ken Guffey P.E.) and Gruenwald (led by Duane Boice P.E.). Both of these organizations made/make glulams whereas Ohio Timberland Products makes a nail lam. In short Mr. Momb again I want to ask you do you REALLY, REALLY want to pick a fight with me? Choose your words wisely.

Mike the Pole Barn Guru’s comment:  Stay tuned for my response to Mr. Burkholder…come back tomorrow!