Furniture Making from a Barndominium

A year and a half ago, Michael Gibson had what he considered to be a brilliant idea.

He and his bride, Andrea, would sell their home, move to his grandparents’ house and build a barn to live in while they invested their money in land they would one day build their forever home on.

And, Michael was going to build the barn himself.

“I didn’t even have a hammer,” he said. “But I grew up on concrete in Tupelo and I had this idea to build this pole barn out of wood.”

Michael, 33, built the barn – they call it a barndominium –  he and Andrea and their 4-month-old, Waverly Mae, live in it in Nettleton, Mississippi. The photo with this article is of the barndominium’s kitchen. 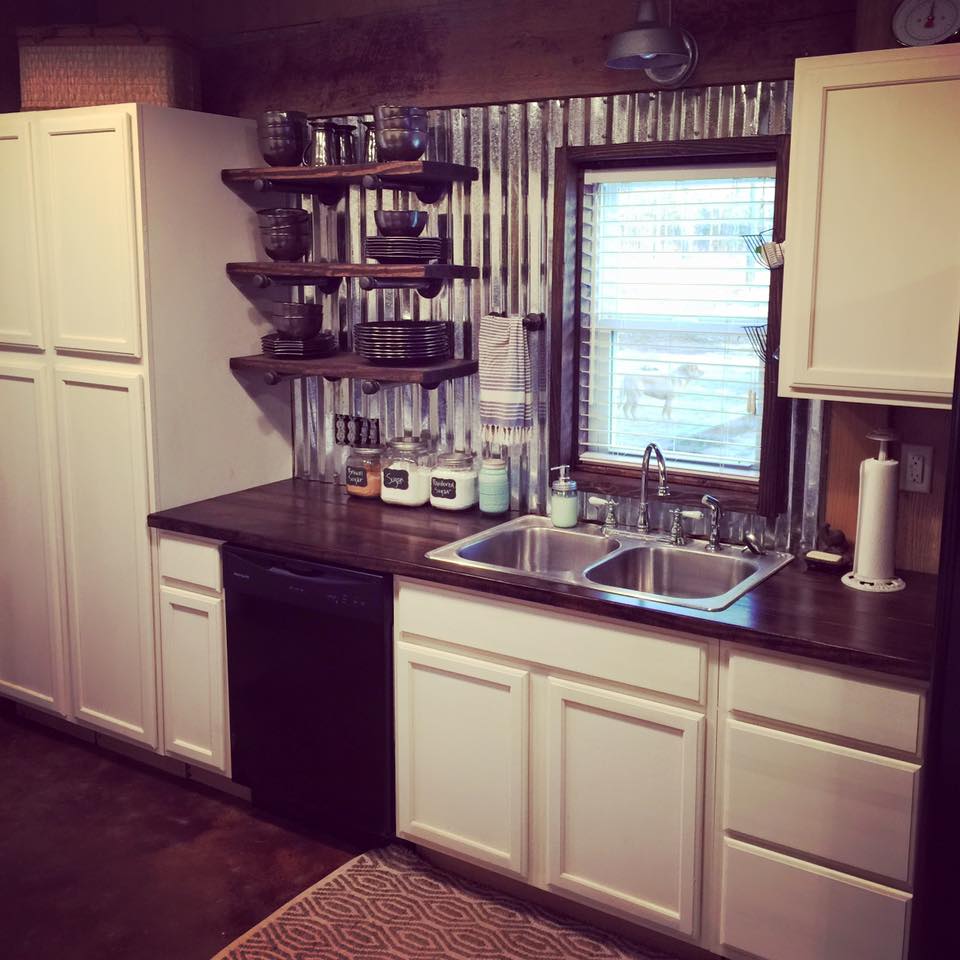 Along the way, he started doing small projects for the home – a coffee table here, a porch swing there. Then he began making gifts for family and friends.

And then people started wanting to pay them.

So RAW Furniture was born.

The Gibson’s like to use natural things in their raw state, and they are very raw when it comes to the business – hence the name.

When Michael’s handmade home furnishings took off, Andrea decided she was going to make soy candles.

She didn’t want her husband to have all the fun. Not a creative person at all, she looks at the candles as scientific and does lots of studying.

Michael, on the other hand, is the dreamer.

When RAW began, the couple both had full-time jobs. Andrea worked at Kay’s Kreations bridal shop – she quit work there when Waverly was born – and Michael is the sports director for Tupelo Parks and Recreation Department.

Michael makes other small items for sale, such as cutting boards and coasters in the shape of the state of Mississippi, cookbook holders, birdhouses, candlesticks and block letters.

Michael got a lathe, which enabled him to do candlesticks and turn table legs. Next up for him is getting into welding, which opens up even more avenues for RAW products.

He mostly likes to use reclaimed wood, but if it’s not reclaimed, then it comes directly from a sawmill. His pieces are made using pine, walnut, cedar, oak, maple and birch.

Goes to show what people can do with a dream and a pole barn!