Benefits Rather Than Features

Do you own a piece of technology which has amazing features which you don’t begin to use (or understand) much more than a small portion of?

Technology has bombarded us with devices such as cellular telephones, which have outpaced most users’ needs. Unless a feature actually does something I can use, it becomes merely a worthless feature (like most of my Smart Phone’s apps).

In an earlier article I expounded upon everyone’s favorite radio station, WII-FM (What’s In It For Me?) (https://www.hansenpolebuildings.com/2017/01/pole-barn-comparisons/) where I spoke to values of benefits over features. 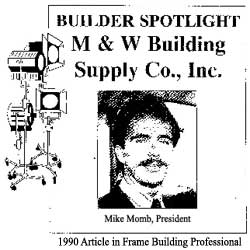 Flashing back to 1993, long time readers will recall I was a post frame building contractor. A highly prolific contractor, once having 35 post frame building crews erecting buildings in six Western states. Much of my construction company’s success was directly attributable to a team of four Building Designers – Jay Suko, Jerry Couch, John Minor and Kent Bacon, all of whom were in their 20’s and could be counted upon to sell 15-20 buildings a month, every month. Each of these then young gentlemen were exceptionally skilled and took to learning as ducks do to water.

For a while Jerry and John were partners in a post frame building company. Jerry has since become Managing Partner of Zappone Manufacturing (http://zappone.com/), a roofing industry leader in copper shingles. John has had an intriguing career. Besides working for me twice, has been with several major post frame building companies, as well as being an industry supplier. Kent has become a wireless communications industry leader.

Jerry has always been a great guy, so I will good naturedly choose him as today’s target. I remember one month where he personally visited 19 perspective clients and 18 of them invested in our buildings. Besides closing sales, one other thing Jerry could do brilliantly was to rattle off every feature of our buildings – a lengthy list. However (as I could never teach Jerry) most clients could truly only absorb three, so they had better truly be benefits to them, WII-FM.

Beginning with my next article, I will begin discussing both features and benefits of typical Hansen Pole Buildings. Along with this, I welcome any and all post frame building contractors or suppliers to chime in with their ideas for any product or concept providing a better client value.