One of our clients is preparing his site in order to dig the holes for his new post frame building kit. He happens to live in an area of Washington State, east of the crest of the Cascade Mountains, which would be best classified as being high desert. He has encountered the bane of excavators in the more arid regions of the American West – caliche.

Our client reports: “After completing site excavation, I’m left with several areas that have caliche rock where I need to dig column footings. It’s a very hard, concrete-like layer of calcified sedimentary rock and I’m wondering if you guys have suggestions on how to dig through this most easily. The best idea I’ve come up with so far is a skid steer with a jackhammer to break through the caliche and hope that it’s not more than a few inches thick. I’ve also read that some people have had luck with a mounted auger that has a rock-drilling bit. Wondering if you can recommend any preferred methods that you’ve come across as I’m currently expecting that I’ll need to deal with this rock for at least half of the 28 column holes.” 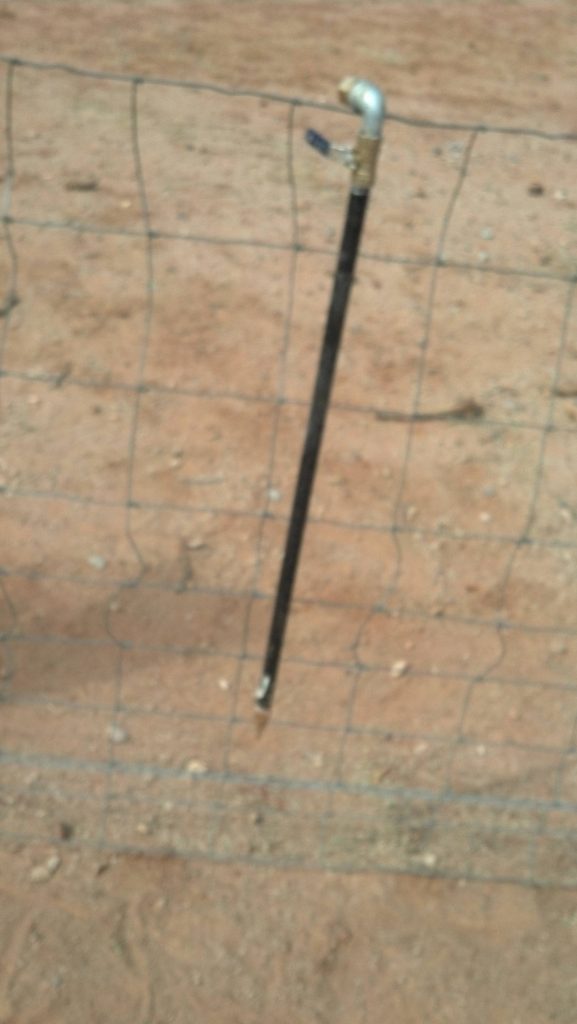 What exactly is caliche soil?

According to the sum of all human knowledge (aka Wikipedia):

Caliche (ka-lee’-chee, or sometimes klee’-chee) is a sedimentary rock, a hardened natural cement of calcium carbonate which binds other materials—such as gravel, sand, clay, and silt. It occurs worldwide, in aridisol and mollisol soil orders—generally in arid or semi-arid regions. Caliche is also known as hardpan, calcrete or duricrust. The term caliche is Spanish and is originally from the Latin calx, meaning lime.

Caliche is generally light-colored, but can range from white to light pink to reddish-brown, depending on the impurities present. It generally occurs on or near the surface, but can be found in deeper subsoil deposits, as well. Layers vary from a few inches to feet thick, and multiple layers can exist in a single location.

My advice on digging through caliche

Back in the day I was a post frame builder in your neck of the woods and we did hundreds of buildings which ran into caliche. We finally just invested in a ram hoe attachment for our skid-steer and found it was able to get through it every time. You should check in with your local equipment rental companies to see what they have available in this realm. You might also contact the local utility companies, as often they have equipment sitting unused and will come drill holes for a nominal fee.

However I am thinking there must be another, maybe even better way. Well, thanks to the internet, I have found the poor man’s water jet/drill (as shown in the photo).

Here is how it was built and used:

“Needing to dig a series of post holes in my hard (caliche) dirt was a job I was not looking forward to. Even the caliche bar protested the job and merely bounced off the stuff. So I was either going to do it the hard way with good old blood, sweat, and blisters, pay someone to dig the holes for me, or come up with a better way.

Attach the hose, turn on the valve and feed into the ground. I sunk this to the valve in less than a minute, which amazed me because this dirt is truly like concrete. For bigger holes, just drill a series of holes next to one another. The water tends to soak into everything between, and you can use a post hole digger to make your hole now that it’s not bouncing off the hard stuff.”

Have caliche on your new post frame building site? there are solutions!