While I am on an Overhead Door Rant

I have been blessed to be the father of a herd of children – my youngest two, Allison (age 22) and Brent (age 21) will both be seniors in college this Fall.

Yes, I am hearing the cheers from loyal readers who have reached this milestone. They understand what it means to survive as a parent until the birds have actually reached maturity! 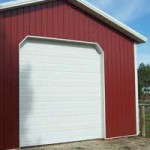 Many years ago, their mother and I decided going our own way would probably be the best outcome, and so part we did.

Now their mother often had some ideas of her own, and after leaving she decided it would be possibly wonderful to live in a new house.

Trying to be both civil and helpful, I reminded her of my having just a little bit of construction background and knowledge. I offered my services to her, for free – I suggested if she was to make an offer on a house, to have it be subject to my being able to inspect it for anything which might pose a challenge.

It seems she was intent upon listening to me as well when we were apart, as she had when we were together (funny how this works). She went ahead and invested in a new home without the benefit of my watchful eye.

Well Karma, she can be a vengeful sort.

The first time I went over to her new house to pick up my then small children, I noticed her Chevrolet Suburban parked in the driveway.

For those of you who enjoy Parker Brothers’ (now part of Hasbro) Trivial Pursuit™ someday it might prove important to know the Suburban is the longest continuous use automobile nameplate in production, beginning in 1935!

More importantly –  my former spouse’s Suburban was wide, very wide. Even with the rearview mirrors folded back on both sides, it would not comfortably fit through the eight foot wide doors on the garage of her new house!

My cautionary tale as a result of this experience would be to not ever plan upon getting a vehicle safely through an eight foot wide overhead door. Nine foot wide should be the minimum width to be considered, for any vehicle. And 10 foot width is even better.

Moral of the story: one good door ding is far more expensive than the relatively small investment in a wider overhead door!