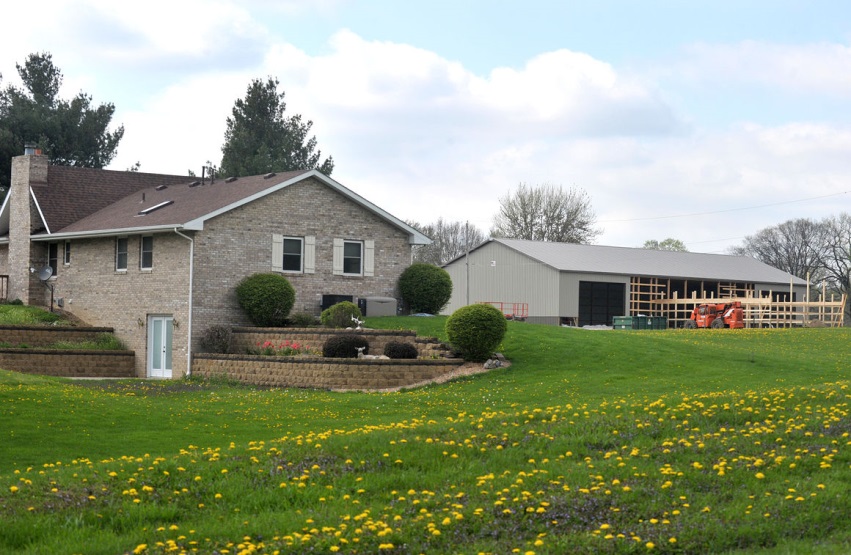 I’m on the Libertarian side with my beliefs people should have the right to do with their own property as they best see fit. However in the situation below, the new pole building owner invested in a piece of property fully aware of the restrictions placed upon it, yet he attempted to circumvent the rules – and the price was high.

“A pole building under construction in the Ponderosa Hills subdivision between Geneseo and Colona must come down, according to a Henry County judge.

Brett Swanson, of Moline, told Judge Jeffrey O’Connor on Wednesday that he chose the pole building “to live in, to put my things in.” But in their original civil suit, 19 owners of nearby properties claimed the construction violated both neighborhood restrictions and Henry County zoning ordinances. The judge on Wednesday eliminated all plaintiffs but the owners of six properties closest to the Swansons.

Mr. Swanson said he planned to use the building to host large gatherings of relatives and store a golf cart, a four-wheeler, a lawnmower, a utility tractor and an RV. He said Henry County Zoning Officer Kyle Stromquist had made him aware of subdivision covenants.

Mr. Stromquist testified he issued a building permit for Mr. Swanson’s project, but said it wasn’t his job to determine how the size of the structure compared to subdivision covenants. He said the next inspection was to be a frame inspection, but the owners’ weren’t ready for “cover-up” of the building yet.

Mr. Stromquist said Mr. Swanson told him the structure was for personal use storage only and not for business. He agreed with plaintiffs’ attorney Nadine Palmgren that Mr. Swanson did not check the box on that portion of his building permit application.

On April 22, Judge O’Connor issued a temporary restraining order to halt construction. This week he granted a mandatory injunction requiring the removal of the building, subject to an appeal by Mr. Swanson with the 3rd District Appellate Court within 30 days.

“I’m sorry the whole thing just went plowing ahead, but here we are,” the judge said. “Some things get out of hand and, unfortunately, there’s a cost involved.”

The judge said the building violated the subdivision’s restrictive covenants. He noted the covenants don’t merely limit residents to a maximum three-car garage, but state “a garage for not more than three cars.”

Judge O’Connor said “no reasonable person” could say the 9,000-square-foot building — with 7,200 square feet other than the residential portion — would be for three cars or less.

The subdivision covenants limiting heights to 2 1/2 stories would not apply, the judge said, because some people have 10-foot ceilings. In that case, the pole building’s 26-foot height might not be an issue.

Judge O’Connor said the restrictive covenants and subdivision plats filed with the recorder of deeds office was done “for the entire public to be put on notice of the existence of covenants and to be well aware of what they say.”

“It’s very high-stakes, risky proposition to plow $300,000 into a building which would give one pause, shall I say, to even think about putting in a subdivision,” the judge said. “It’s like putting it on a crap table to see where it falls with regard to restrictive covenants.”

William Stengel, the attorney for the Swansons, had argued other subdivision residents had been allowed to build similar structures. Judge O’Connor noted the covenants’ wording that, failure to object in other claimed violations doesn’t forfeit the right to enforce future violations.”

Before planning upon erecting any structure, be mindful of the restrictions placed upon the property, the big pile of money (not to mention the heartache) saved could be yours.

Dog Ears: Tale of the Tape
My confession – I am a baseball fan. In baseball, ...
Scary Pole Barn Design
Scary Design A one-time potential Hansen Pole B...
Pole Building Fire Sprinklers
Turn On the Water I was recently reading a news s...

One thought on “When Subdivision Covenants Meet Your New Pole Building”