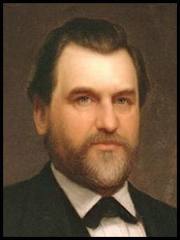 Leland and his wife had only one child, Leland Jr., who died in 1884 of typhoid when the family was traveling in Italy. After his death, the Stanfords decided they could no longer do anything for their own child, so they made the children of California their children.

Many historically significant buildings occupy the Stanford University campus, including the home at 761 Dolores Street, originally built for assistant professor of education Lewis Madison Terman in 1913.

The third owner of this home was Dr. Charles Witcher, who came to Stanford in 1961 as assistant professor of anesthesia. Witcher spent 29 years on the staff at Stanford, before retiring in 1990. He was one of the first investigators to examine the sound distortion produced by stethoscopes and spent many years investigating trace gas pollution in operating rooms. In 1978 he received the first Anesthesia Residents Teacher of the Year Award.

The Stanford University Historical Society has this to say about the Dolores Street property of Dr. Witcher:

“Most distinctive on the property is a long, low barnlike structure with vertical wood siding and a low pitched roof; it parallels Mirada Avenue and is set back about 20 feet from it. The Witchers built the 30- by 86-foot structure in 1978 to hold part of the large collection of antique farm machinery and other equipment that adds a distinctive touch to various parts of this large property.”

In case you have not guessed, I worked with Dr. Witcher on the design of his antique farm machinery building, as well as provided all of the materials. Little did I realize, decades ago, my building would become part of the historical significance of Stanford University!