Craig Webb to the Rescue

Yesterday I wrote about what has become known as the “Lowe’s 2×4” judgment. For those of you who have read the post regarding lumber nominal sizes versus actual dimensions – you’ve probably been left in wonderment over the article! I know I was still frothing over it. 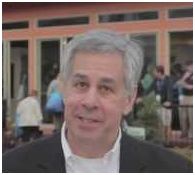 Luckily, up came the voice of rationality, Craig Webb, editor-in-chief of both REMODELING and PROSALES – with “The Rest of the Story”:

The trade association also advised its members to make certain any dimensional lumber received from suppliers has listed on the invoice the quantity of the shipment as well as the material’s nominal and actual sizes. Non-standard products must be clearly labeled with actual size information and cannot be referred to in nominal terms, WCLBMA executive director Ken Dunham wrote.

Dunham’s memo comes in response to a final judgment issued by Marin County, Calif., Superior Court Judge Paul M. Haakenson that ordered Lowe’s to pay $1.6 million as part of a settlement of a civil consumer protection action prosecuted by district attorneys from five California counties. An Aug. 27 press release by Marin County said the district attorneys’ civil enforcement action claimed “that Lowe’s stores throughout the state unlawfully advertised structural dimensional building products for sale and those advertisements stated, contained, and described product dimensions that were not the actual product dimensions. Structural dimensional building products are products used in construction and home improvement projects and which are commonly sold by reference to three dimensions (i.e., length, width/depth, and thickness).”

Lowe’s officials declined to specify what types of products were involved, and neither did the text of the final judgment. But in an interview with a Lowe’s spokesperson and conversations with a Marin County deputy district attorney, 2x4s were cited as an example of a product whose measurements could cause concern, given the difference between its nominal and actual dimensions.

In part because of those examples, this publication began referring to the Lowe’s final judgment as a case involving 2x4s. Dunham’s memo suggests that description was wrong and that the Lowe’s penalty involves other products.

“While not all of the details of the allegations are known, it would appear that the complaint against Lowe’s involved certain products that are not generally regarded as ‘wood’ being labeled as such,” Dunham wrote, “and it also appears that certain other lumber products sold may not have been correctly labeled. It is not solely a matter of product labeling that was incorrect. [Emphasis WCLBMA’s] This is a long-standing complaint that was just recently resolved.”

Dunham said Lowe’s was alleged to have violated section 17500 of California’s Business & Professional Code, which references provisions of the National Institute of Standards & Technology (NIST)/American Lumber Standard Committee (ALSC) standards for softwood lumber. In a Sept. 10 interview with PROSALES, Marin deputy district attorney Andy Perez said California inspectors found that Lowe’s advertised dimensional building products under nominal descriptions when they didn’t actually fit the standards set forth by NIST and ALSC in their Voluntary Product Standard PS 20-10. Some of those descriptions were provided to Lowe’s by the manufacturers or other suppliers of the lumber, Marin County’s announcement said.

Given all this, Dunham wrote, many lumber dealers have asked him what to do to ensure they don’t get complaints. He replied that the answer appears to be in section 4.1 of the Voluntary Product Standard PS 20-10, which reads: “4.1   Tally, standard sizes–Lumber shall be tallied board measure or cubic measure. Dressed sizes shall be used when lumber is measured by cubic measure.” That statement is followed in italics by this:

Note: The invoices for dressed lumber of standard sizes should show the number of pieces of each nominal size and length as well as the actual thickness and width of such lumber.

“For lumber dealers, it appears the first action is to make certain that any dimensional lumber received by your business from suppliers has the quantity of items in the shipment, and that the supplier has also listed the material’s nominal and actual sizes on that invoice,” WCLBMA’s memo said. “This information is generally the first information requested by CA Division of Measurement Standards in the event of an investigation.

“If the product is a non-standard item, it must be clearly labeled with the actual size information and may not be referred to in the common nominal terms for lumber identified in PS 20-10,” Dunham continued. “While prosecutions may involve state statutes under the Business & Professional Codes, those actions may cite data from the NIST Voluntary Product Standard PS 20-10.”

The memo then stated: “The reference above to section 4.1 of the Voluntary Product Standard PS 20-10 is generally regarded as a notice that is to be issued by the supplier to the retailer. It remains unclear if requiring actual and nominal sizes being posted at the product display location, in advertising materials or on other documents, is necessary, as was required in the Lowe’s judgment. The WCLBMA has requested additional clarification on this matter.”

I, for one, stand guilty of having jumped to conclusions based upon the originally provided information. I should probably be whomped alongside of the head by a 1-1/2” by 3-1/2”!

Glulams vs. Solid Sawn Columns
A Hansen Pole Buildings client recently called his...
Building with Wood: Do It Now
Brookfield Timberlands of Vancouver, B.C., Canada ...
Poles for Pole Barns
Some days it seems there are nearly as many possib...