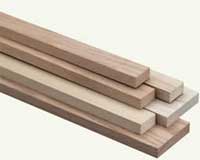 When I first read this story, it was enough to cause blood to squirt from my eyeballs. My reaction was this is yet another case of government run totally amok!

For the handful of American adults who have NOT ever purchased or used a 2×4 – the rest of us are fully aware of a 2×4 being the “nominal” dimensions of the board, and the actual finished dimension is actually 1-1/2 inches by 3-1/2 inches.

Within our own business we’d had some discussions about nominal vs. actual lumber sizes: https://www.hansenpolebuildings.com/blog/2011/09/framing-lumber-sizes-why-isnt-a-2×4-truly-2-by-4/

Somehow I would think even a judge would have to be “in the know” on this one:

“A California Superior Court judge ordered big-box retailer Lowe’s to pay $1.6 million as part of a civil consumer protection action settlement. The order, handed down on Aug. 27 by Judge Paul M. Haakenson, came as a response to a case involving claims by the Marin County, Calif., district attorney’s office that the retailer “unlawfully advertised structural dimensional building products for sale.”

In other words, prosecutors say products such as 2x4s aren’t actually two-inches thick and four-inches wide when purchased. But a simple Google search shows it’s common knowledge that 2x4s generally do not meet those dimensions when sold.

Amanda Manna, a spokesperson for Lowe’s, told REMODELING (www.remodeling.hw.net) by phone that this case began when representatives from a local weights and measures division visited one of the company’s retail locations and “expressed concerns” about product measurements.

According to the judgment, the retailer was ordered to pay $1.47 million in civil penalties and costs of the investigation, and an additional $150,000 to fund further consumer protection-related activities. Additionally, Lowe’s will display actual dimensions next to “commonly used measurements” in product descriptions in nearly 100 stores across California. “In the store, that will be reflected on in-store signage, labels, that sort of thing,” Manna said.

I was left thinking, the last thing I would ever want to be is a lumber retailer in the state of California, as I would be afraid they would be coming after my business next! The entire case became a talking point for those in the lumber industry, as those involved in the trades quickly picked up upon it and commented.

In the words of the late, great Paul Harvey, “and now, the rest of the story”…..tune in tomorrow for more!

Are 2x6s Stronger Than 2x12s?
The following article first appeared in JLC (jlcon...
Garage Door Insulation
It seems I am always reading – looking for new con...
Horizontal Steel Siding
The answer is – yes! Back in the late 1960’s in...