Going through school, she was always the tallest kid in her class. When she was in fourth grade she decided she was going to become a volleyball player, and the height was certainly a plus.

Now, I can relate some to Allie, as I was always the tall kid as well – kind of like the huge puppy with big feet which seemed to go everywhere but the right direction. My coordination was certainly far behind my growth curve. In school sports, I was always the last kid picked for teams.

How bad was I? Until the end of grade school (after sixth grade), I got picked behind David, the legally blind kid. This ended in seventh grade, as David had to go to the blind school. 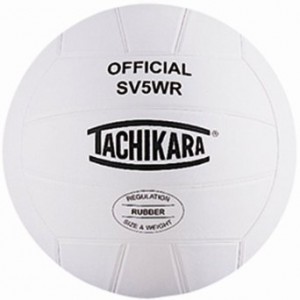 Back to Allison….she inherited her Dad’s talent, or lack thereof. She was frankly so horrid, it used to bring tears to my eyes. But she was persistent, she was always the first one to practice and last one to leave. She worked hard and after years of playing school and club volleyball, she became the player her team wanted to have the ball when the game was on the line.

All of the years of going to volleyball practices, camps, games, tournaments and anywhere else a volleyball could be bumped, set or spiked, gave me a pretty good feel for what it takes to have a good or bad building for volleyball.

A regulation volleyball court is 30’ x 60’ with an ideal ceiling height of no less than 23 feet. The standards to support the net are to be 3’ outside of the court itself. Although not defined by rule, the serving area is typically two meters behind the end line.

To create a minimal sized volleyball practice facility, a pole barn should ideally be 50’ x 80’ with a 24’ eave height.

Pole buildings, with their affordability of wide clearspans, are ideal for multiple court facilities. By using an 80 foot truss span, courts can be placed side-by-side by adding 50 foot multiples to the length.

To allow for tournament play with bleachers and locker rooms, a single sloping “shed” roof can be added to one or both sides of the building. For adequate bleacher seating, allow an area approximately two feet square for each fan.

If the volleyball pole barn is designed to allow over 300 people to congregate (250 if associated with a school), then it needs to be classified, by Code, as a Category III building for importance. This classification increases the ability of the building to withstand snow, wind and seismic forces.

Without special fire resistive provisions, pole buildings are Type V-B structures, which as an A-3 or A-4 classified building, they are limited to 6,000 square feet without fire separations or sprinklers and 11,500 square feet with either one-hour fire rated construction or an approved automatic sprinkler system (the sprinkler system would still require the walls to have a one-hour fire rating).

This would limit the volleyball court pole building to an 80’ x 143.75’ structure (three courts side-by-side) without a viewing area, provided it was sprinklered.

By upgrading the exterior walls to noncombustible materials (steel siding and fire-retardant-treated wood would qualify), the building type would then be classified as a III and allowable square footages could be increased to 9,500 or 14,000 with approved sprinklers.

The overall building footprints can be increased from the square footages above, by segregating sections by use of a two-hour fire wall between each.