True confessions time (yes, I know people love it when I confess)…..I do not watch television.

When apparently popular series’ such as “Friends” and “Seinfeld” ended, I truthfully went, “Huh”? Having never seen an episode of either, the events were meaningless to me. 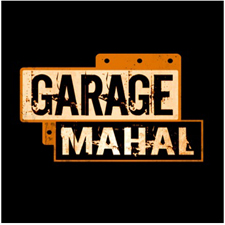 It appears I may have been missing out on something…..the DIY Network has had a series called “Garage Mahal” co-hosted by former NFL player, pro wrestler and car buff Bill Goldberg and Brian Corsetti.

This series could be fun – where the series features unbelievable garage makeovers.

I believe the Garage Mahal concept needs to start way before it is time for a makeover. A well thought out and artfully crafted pole building can afford the ability to create the personal dream Garage Mahal.

Most companies which provide post frame building kit packages, or are pole building contractors focus on selling lots and lots of basic “cookie cutter” buildings, rather than giving the thought to providing buildings which really solve the client’s problems and help them reach their dreams. In so many instances, the ideal dream garage becomes highly affordable, due to the practicality of post frame construction.

I have the start of my own Garage Mahal –  a three story pole building in my own back yard.

In my case, this was a tricky site, with 12 feet of grade change across the 40 feet of depth.

Due to the narrow footprint of my lot (only 60’ wide), I tried to maximize every possible square inch of space, so my garage is 14 degrees out of square to follow the lot lines.

The lowest level has 9’x8’, 10’x11’ and an 8’x7’ insulated raised panel steel overhead doors left-to-right across the west endwall. While I normally would not recommend an insulated foam block foundation (ICF – Insulated Concrete Form) to the average client, I had never been personally involved in one before, so the building was designed with 8” thick blocks (which were later poured full of concrete) for portions of the foundation.

The south wall and the non-door portion of the west have 12 foot high ICF walls. Across the east wall, the foundation steps down from 12 to four feet. Brackets were wet poured into the top of the ICF to mount the building columns.

The north 10 feet of the lower level has a nine foot high ceiling, the balance is 12 feet high, to allow for a car lift. Just recently, a bank 30’ long of cabinets (both lowers and uppers) as well as work bench space has been added along the north wall.

On the second level, the north 10 feet reflects the ceiling below, creating a three foot “step” in the floor. This area has a 7/12 slope vaulted ceiling and is used for exercise equipment and featured nine large windows which overlook a gorgeous lake.

The uppermost floor also has nine large windows looking towards the lake to the north, as well as windows and a patio door opening onto a five foot wide deck along the east wall. With a 4/12 interior slope vaulted ceiling, this 30 x 36 foot area is perfect for rousing games of table tennis, or large gatherings.

Accessed by exterior stairs from the third level, is a 12 foot square deck, on top of the roof –yes, I said on TOP of the roof –  providing extensive views of the lake and surrounding hills. The deck, and its supporting roof system, have been designed to support the weight of a hot tub, should one ever be desired to be placed there.

A unique feature of my “Garage Mahal” – the entire structure has no interior columns!! The post frame design concept allowed for structural innovations which would have been challenging, if not impossible in the design of my building.

Have a unique building site, or even better – unique ideas for YOUR dream garage/shop/man cave? Chances are post frame construction has solutions to help arrive at YOUR ideal dream building.