As I write this, the end of the world as we know it (yes, I know it is a 1987 R.E.M. tune) did not happen yesterday, December 21, 2012. What did happen is… it is now officially winter. In Browns Valley, MN this means typical T shirt and shorts weather, highs in the teens and a lovely 15-25 miles per hour breeze. (Since marrying my wife, a true Minnesotan, I’ve found those “tougher than nails” stories about these people to be scarily true!) 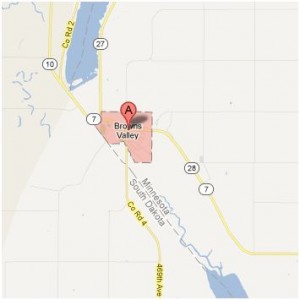 So what does one do this time of year in Browns Valley over Christmas (after the important stuff which includes Adrian Peterson, snowmobiles, Adrian Peterson, ice fishing and Adrian Peterson)? For me, it involves surfing the ‘net looking for interesting type stuff to read and write about.  My wife will be the first to tell you, I am a walking encyclopedia of “useless trivia”.  You just never know when it might come in handy!

I thought maybe I had found something worth more than a passing glance today, but it ended up being nothing more than a good chuckle.

I happened to stumble upon a website for a building contractor I was totally unfamiliar with based in Northeast Pennsylvania. On the “Our Services” tab on his page, under “Pole Barn and Garage Services” it has a button for “Garage Construction Video” and says “Watch our crew build a 30’x30’ custom pole garage in 9 hours.

Now they have my interest. Having, in my past life as a pole building contractor, constructed a 24 foot square two car garage pole building on live television in half an hour, I could not help but check it out.

When the video comes on, it turns out the 30’x30’ garage construction is actually only a 24’x24’ building (obviously merely a typographical error). I watched it carefully, frame-by-frame….and unless I am totally mistaken, “the crew” used no concrete at all beneath or around the posts. What got me chuckling was – the garage construction was declared “done” without any siding installed, and the overhead and entry doors were just ….. holes.  There was osb on the exterior walls, but I’ve yet to see a “finished” garage with just osb on it~!

Dang – if I would have known this constituted being “done” (no siding and no doors) 16 years ago, it only would have taken 20 minutes instead of 30.

Buy Pole Barn Plans
Let’s Buy Pole Barn Plans… As I browse about the ...
Building Materials: Inventory and Inspection
Like many suppliers of pole buildings kits, whethe...
Why Curb Appeal is Crucial for Your New Barndomini...
I have had people try to convince me curb appeal f...