As a toddler, I remember watching the 1939 hit “The Wizard of Oz” on television for the first time. It was terrifying; I saw most of it hiding behind our green “leatherette” couch. In the movie, Margaret Hamilton (as the Wicked Witch of the West) has the following lines, as Dorothy watches her melt:

“You cursed brat! Look what you’ve done! I’m melting! Melting! Oh, what a world! What a world! Who would have thought a good little girl like you could destroy my beautiful wickedness? Oooooh, look out! I’m going! Oooooh! Ooooooh!“

Well, one of our “almost clients” had a melting experience of his own. Rick, his Hansen Buildings Designer, has stayed in touch with him, even though he purchased someone else’s building kit.

Rick forwarded to me an Email from the client today: 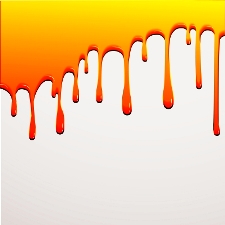 Sad to say it is still going! I got a window issue that Vendor X is more or less washing their hands of and not helping me out with. The window frame is bubbled and manufacture is saying it was exposed to extreme heat.  They say it was fine when it got on the truck and I say it was fine too i.e. the glass was not broken. I did not see the frame till I went to install it. Anyways I am out a window right now. Bad customer service!

I felt compelled to respond back to Tim:

“Rick shared your Email with me and I felt it important to respond.

As the consumer, it would have been up to you to have reported any apparent damage – if not at time of receipt, at least within the few days following delivery. This is only being fair to the manufacturer and the building provider, as neither of them have control over how materials are stored at the jobsite.

There are many possible ways what you are describing could have occurred – generally windows should be stored in a cool, indoor location.

How important is receiving, inventorying and proper storage of materials? Enough so we devote an entire 18 page chapter of our Construction Guide to how to do it properly. It keeps lots of feelings from being hurt, and avoids situations like you are involved with currently.

In response to your question of “bad customer service?” the bad part was not having provided you with the information necessary to have either seen the problem if it existed at delivery, or to have prevented it after delivery.”

Did this client pay less for his building from the other provider? Probably, and sadly, it sounds like he got what he paid for.