Home >> Building Department >> Use and Occupancy Group Classification Part I

Use and Occupancy Group Classification Part I

In life, most everything is given some type classification whether it’s objective, such as motor vehicle operators’ licenses (automobile, commercial, motorcycle, etc.), or subjective, such as social status (wealthy, middle class, poor). Then there are those who are in “a class all by themselves.” Buildings, like much of everything else, are classified, as well.

The International Building Code (IBC) establishes the requirements for classifying buildings based on occupancy. Essentially, an occupancy establishes how the building will be used, whether for business, residential, or one of the many other types.

The IBC states, all “…structures shall be classified with respect to occupancy…”. There’s no assignment of responsibility included. Therefore, the Registered Design Professional (RDP – either an engineer or architect) can “legally” determine a building’s occupancy; and the building official, will either concur or not concur with the RDP’s decision during plan review as a part of enforcing the provisions of the code.

As a potential owner of a new building, early discussions with the Building Department can avoid confusion as to which occupancy group will be accepted for the intended use.

The IBC has established 10 occupancy groups, with some having multiple subgroups. These subgroups are numbered with a purpose. The lower the number, the greater the perceived risk is for the occupants. For example, A-1 has large occupant loads in fixed seating. Whereas A-5 is includes seating of large numbers of people for viewing outdoor activities. Assuming the occupancies had equal occupant loads, the A-1 is indoors with fixed seats that reduce egress speed. The A-5 occupancy, although having fixed seats, is outdoors reducing the risk of smoke and heat buildup within the seating area.

The 10 occupancy groups are Assembly (A), Business (B), Educational (E), Factory and Industrial (F), High Hazard (H), Institutional (I), Mercantile (M), Residential (R), Storage (S) and Utility and Miscellaneous (U).

Most of the occupancies are assigned strictly on the building’s intended use, or uses, as most buildings have many spaces which can be classified under more than one occupancy group. 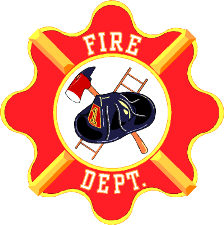 For example, a fire station may have sleeping quarters for the firemen (Residential), office areas (Business), vehicle and other miscellaneous storage areas for the fire equipment (Storage), and a training area (Assembly).

For example, if an office building (Group B) has a 200 square foot storage area (Group S) within the office area, then it could be considered Group B if it is separated from the office area by 1-hour fire barrier, or is provided an automatic fire-extinguishing system for the storage space only.

Most spaces can be classified solely on their intended use; however, some occupancy assignments are more objective. For example, a room may be used for assembly purposes, but if the space is equal to or less than 750 square feet, then its classification is considered a part of the main occupancy. Using the fire station example above, if the training area is 750 square feet in area, then it will be considered a part of the Business Group. If it’s any larger, then it would have an Assembly Group classification.

Why the 750 square foot limitation? It goes back to the basic definition of “Assembly” occupancy. If the occupant load is 50 or greater, and is used for the gathering of people for various purposes (such as civic, social, or religious), then it’s considered an Assembly occupancy. Taking 750 square feet and dividing by 50 occupants, gives 15 square feet per occupant, which equals the most liberal occupant load factor for an assembly use.

Your head hurt yet?  Don’t worry; your local building department will help you with the use classification of your building.  It will do you no good to “guess”.  My suggestion is to clearly list each “room” and describe what it will be used for, by how many people at any given time.  Then take your list to the building department for a “use category” assignment.  Come back tomorrow. There is more on this topic for discussion.

ABC Component Shortages
Remember Hoping You Could Buy Toilet Paper? I g...
Tornado Proof: Pole Buildings Can Limit Damage
Thanks to www.ocala.com May 24, 2011 for their art...
Torn Between Two Lovers
In reader JEREMY from GOSHEN’s case, he is torn be...