50 shades of The Twilight Zone, is The Ghost of Rod Serling Somewhere Nearby? 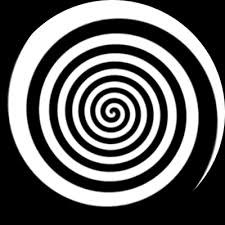 From 1951 to 1955, more than 70 of Rod Serling’s television scripts were produced, garnering both critical and public acclaim. Full-scale success came on Wednesday, Jan. 12, 1955, with the live airing of his Kraft Television Theatre script “Patterns.” Deemed a “creative triumph” by critics, and the winner of the first of Serling’s six Emmy awards, the acclaimed production was actually remounted live to air a second time on Feb. 9, 1955 — an unprecedented event.

Serling went to work on screenplays for MGM and as a writer for CBS’ illustrious Playhouse 90, for which he crafted 90-minute dramas — including both the series’ 1956 debut, “Forbidden Area,” starring Charlton Heston, Vincent Price, Jackie Coogan and Tab Hunter; and the multiple-Emmy Award-winning “Requiem for a Heavyweight,” starring Jack Palance and Keenan Wynn which later was turned into both a feature film and a Broadway play. Remarkably, in a milieu which included such writing legends as Paddy Chayefsky and Reginald Rose, Serling took the writing Emmy again the following year for his Playhouse 90 script “The Comedian,” starring Mickey Rooney.

A critical and financial success, Serling shocked many of his fans in 1957 when he left Playhouse 90 to create a science-fiction series he called The Twilight Zone.

CBS would air 156 episodes of The Twilight Zone, an astonishing 92 of which were written by Serling, over the next five years. His writing earned him two more Emmy Awards. The show went on to become one of television’s most widely recognized and beloved series, and it has achieved a permanent place in American popular culture with its instantly recognizable opening, its theme music and its charismatic host, Serling himself. With early appearances by such performers as Robert Redford, Burt Reynolds, Dennis Hopper and many others, The Twilight Zone became a launching pad for some of Hollywood’s biggest stars.

Many of us grew up with either the original The Twilight Zone or have watched in in reruns. The story below, befits a script written by Serling!

This message actually came from one of our Building Designers, to me at 5:21 on a Friday afternoon:

“His contractors (or concrete people) were looking for a stick framed building which would be bolted to the concrete.  He thought at first this may be what we provided.  I explained the benefits of a post framed building and also the benefits of having the poles in the ground.  The concrete guy keeps telling him to attach to the concrete.  On a side note, he asked the concrete guys for an estimated and they came and started excavating without giving him an estimate.  That being said…the customer is wondering if he could get a pole layout ASAP. (Like this weekend?)  His plan is to dig the holes before they come back and they would have to listen to him.  His worry is that they will come before he has the chance to dig the holes and pour the concrete.  So his question is…if that happens, would he be able to change and attach to concrete (which he does not want due to cost and because he likes the idea of NOT uplifting)”

Now my advice and caution to any client or potential client….

Never, ever let someone start to perform labor or services on your property without an agreement signed by you.

Your allowing them to begin work, could be construed in court as your tacit approval. You could easily end up with a huge bill, for work other than what you actually wanted to have done! Or, for work which is so poorly done it has to be redone (and you still have to pay the bill).

If the contractor happens to be unregistered – and while digging damages a power line or worse, you could be held liable. Always call before digging! Read more at: https://www.hansenpolebuildings.com/blog/2013/06/call-811/

In the event the contractor or one of his workers is injured, you and your home owner’s insurance could end up footing the bill!

Do not be bullied by a contractor.

Do protect yourself by thoroughly vetting any contractor:

That a client would be afraid he’d wake up to find his lot being dug up without his consent – to force the construction of a building in a way he does not want….made me think of the twilight zone….where anything could happen…. without any warning….