In yesterday’s article, I made reference to one of the most beloved tool at any lumber yard – the green handled board stretcher.

And then – I gave no details about it! A cliffhanger indeed!

Before we get into the green handled board stretcher, a few words about a North American rite of passage: 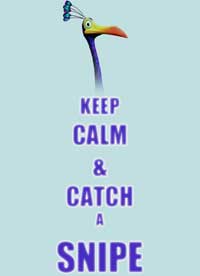 In this prank older adolescents take younger boys into the wilderness for the supposed purpose of “snipe hunting.” Snipes are an imaginary game bird purported to resemble quails or pheasants or what have you (the fictional snipe is not to be confused with the extant North American shorebird of that same name).

Snipe hunting takes place on moonless nights; the victims are provided burlap bags with which to catch the birds, while the conspirators spot them with flashlights. The conspirators make birdcalls, throw rocks in the bushes, and urgently cry out “snipe” to make the victims believe there are actually birds in the area. The victims don’t want to be the only one who can’t see the imaginary birds, so they claim to have seen them also. Pretty soon the victims have convinced each other they are surrounded by snipes and proceed to run about foolishly in search of the non-existent birds.

The conspirators will often agree they have just seen a snipe in a cactus patch or lake or thorny bush and order the victims to dive in and catch it with his respective sack. The victims are then often abandoned by their guides, thus completing the joke. The cycle repeats when this year’s dupes become privy to the snipe hunting joke and then take their younger siblings out the following year, in search of the ever elusive snipe.

When I was hired to manage the prefabricated metal connector plated roof truss manufacturing plant at Lucas Plywood and Lumber in Salem, Oregon in 1979, it was my first experience working adjacent to a lumber yard.

I was quite entertained by the new hires, over on the lumber side of the street, being indoctrinated on their first day of work. One of the first tasks was being sent by the lumber yard foreman to go fetch the “green handled board stretcher”. Without fail, every one of them went off looking for it. The more astute ones would realize with 10-15 minutes they had been sent off on a snipe hunt and sheepishly return.

This entry was posted in About The Pole Barn Guru and tagged Truss Plant, board, green handled board stretcher, lumberyard on August 28, 2014 by admin. 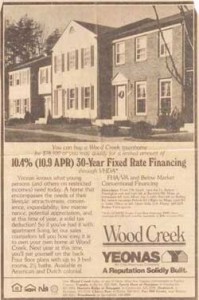 I was offered the position of truss plant manager at Lucas Plywood and Lumber, in August 1979. It would be a smooth transition, as the prior manager would be there for a month or so to ease me into the system. At first glance, the operation was frightening. I was used to trusses being manufactured using hydraulic presses to embed the steel plates into the trusses, not teams of workers banging them in with hammers and pushing them through a set of “rollers”. Even more frightening was when I discovered all the lumber being used was green (I had no idea trusses were built anywhere with lumber which was not kiln dried). But my total heart failure nearly occurred when I found they were using lumber graded as Standard and better for truss chords, as someone had convinced them it was the same as #2 and better. Not even close!Well, the previous plant manager packed up at noon of the first day saying, “Good luck, son”. My first several months were spent on educating the troops and introducing dry lumber, both with some successes. The lumber sales team was my age as well, which helped to gain eager learners. I taught them how to do lumber lists from building plans, so they could quote framing packages.
In January 1980, the housing crunch I had fled from in Idaho hit Oregon. My truss plant, which typically produced 8 to 10 buildings worth of trusses a day, had only four orders in the entire month! Not good – however there was a single common denominator among those four orders, they were all for pole barn trusses. I didn’t have the slightest idea what a pole barn was, but it was time to find out. I picked the brain of a long time pole barn builder, George Evanovich, who explained the basics to me.

At 23, I thought I knew it all, and managed to get my walking papers by being over ambitious. I had all of  3 years of management and sales experience in the truss industry.  I had bought lumber wholesale and sold to both builders and the general public.  I had hired and fired 100’s of workers, dealt with subcontractors, routed trucks, etc.  So of course I new it all, or thought I did at the ripe old age of 23.  The owner had made it known he was considering stepping down and I threw my hat into the ring. However the owner’s son also worked there, as truck dispatcher. Short story was, the owner’s son got the position and I got a ride home in the company truck!  Three years later the company was in bankruptcy. I “packed my bags”, took my existing truss accounts and was hired immediately at Mac Truss Company, in McMinnville, Oregon. I introduced them to pole barns and we started a pole barn supply. The pole barn kit business was good.  One day in February 1981, I actually sold 13 buildings to 13 different customers in the same day!  But sadly, it still was not enough to offset and overcome the debts from the truss operations and we closed in May. It was terribly depressing loading up the inventory on truck and watching them drive away.

With my final paycheck, I was able to pay our family bills current and had $50 left over. The local “free advertising” paper would allow me 3 weeks of credit, if I paid for the first week’s ad up front.  I decided I couldn’t do any worse than the people I had worked for, and right then decided I was going  into the pole barn kit business. Now granted, I had no business location, no inventory, no truck, no anything….all I had was an ad in the local free newspaper!  The first week I sold three buildings, got down payments from the clients and… I was in business! One of my friends was in real estate and located six acres of highway frontage on Highway 99E just north of Canby, Oregon which could be rented reasonably.  Paying first and last month’s rent, I now had a place. The Chevrolet dealership had ordered a lumber delivery truck for the local yard, who had not taken delivery on it. With a small down, they got me financed on the balance and I could deliver. M&W Building Supply Company was a reality!

Without the faith of two people, my fledgling business would not have survived. Jerry Garland, at Georgia Pacific, and Jim Betonte, at American Steel, got me credit terms to purchase materials. Without the ability to have been able to utilize them, I would have been sunk. The first year was not without its challenges. I could not afford a forklift, so I had to go pick up all the lumber, dump it off the truck at my “yard” and reload it back on the truck as needed to fill orders. The property I had leased included a 20’ x 40’ unfinished shop with a garage door in the back. Inside the shop, I could pound together roof trusses (up to 40’ long, when I opened the door), also loading them on the truck by hand. On slow days, I would move the inventory around the yard, by hand, a few boards at a time. Locals would stop by and comment, “Wow…  business must be good.

Yesterday I saw you had piles of lumber ‘over there’….and today you have a pile….over here.”  Yes, and I had moved the lumber 100 feet away by hand! When the phone would ring, a horn would sound outside and I would run like crazy into the office to answer. People thought I was busy, because I always sounded so out of breath.

We aren’t finished yet! Join Mike Momb in Part III – Evolution of The Pole Barn Guru and his Building Philosophy