Hiring Laborers/Contractors to Perform Work on Your Building

Not everyone wants or is capable to perform all the labor involved to erect a new building. This pertains to any trade or type of building system.

“A construction worker injured in a building collapse was, in fact, an independent contractor, the Court of Appeals of Indiana has concluded, rejecting an earlier finding that the worker was actually an employee of the company he sued.

In December 2018, Richard Palmer was injured while doing carpentry work on top of a pole barn that partially collapsed. The building was located on property owned by Greg Ake, the owner of Fas-Pak Inc., whom Palmer claimed he was working for as independent contractor.

Palmer subsequently sued Ake, Fas-Pak and construction project lead Matthew Bernacchi, alleging he was injured as the result of their negligent acts and omissions. But the defendants moved to dismiss for lack of subject matter jurisdiction under Indiana Trial Rule 12(B)(1), arguing that Palmer was an employee and that his exclusive remedy was under the Worker’s Compensation Act.

The LaPorte Superior Court ultimately granted the motion to dismiss, finding Palmer was working as an employee of Fas-Pak and not as an independent contractor at the time of his injury. It also found that as a result, Palmer’s exclusive remedy for his injuries was worker’s compensation and that it lacked subject matter jurisdiction over Palmer’s claims. 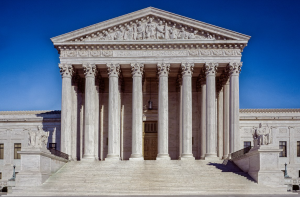 Given the “conflicting and relative dearth of meaningful evidence related to the control over the details of the work,” the COA found neutrality on that point using the 10-factor analysis to distinguish employees from independent contractors set forth in Moberly v. Day, 757 N.E.2d 1007 (Ind. 2001).

It also found slight favor toward Palmer being an independent contractor in several factors, including his distinct occupation, the skill required to perform the job, who supplied the tools, and the work location and duration of the work.

The appellate court also found that the method of payment factor weighed more heavily in favor of Palmer being an independent contractor. Specifically, it noted Ake told Palmer that no taxes would be withheld for the project, that he would be an independent contractor and that he would not be a regular payroll employee. It also pointed out that Ake did not request Palmer’s Social Security number for tax-withholding reasons.

Finding that the building was being constructed in part for personal use and was located on Ake’s private residential property, the COA also concluded that there was no indication that Fas-Pak was in the construction business and, therefore, that construction of the building was at most ancillary to Fas-Pak’s regular business.

Additionally, the COA noted the defendants never asserted that Fas-Pak used W-2 or W-4 forms to withhold any amounts from its payments to Palmer as required for employees or paid the employer’s portions of any Social Security and Medicare taxes owing related to Palmer’s earnings, or that Palmer was eligible for any Fas-Pak employment benefits.

“This suggests that Ake and Fas-Pak did not believe Palmer was an employee of Fas-Pak and did not want him to be an employee. This factor weighs significantly in favor of the conclusion that Palmer was an independent contractor,” Brown wrote.

“While some of the facts and factors may be neutral or not particularly helpful, overall they support a finding that Palmer was an independent contractor,” she concluded, reversing and remanding for further proceedings.”

So how to avoid being placed in a similar conundrum where only lawyers seem to be coming out ahead? Tune in to our next exciting episode!