They Say a Picture is Worth a Thousand Words 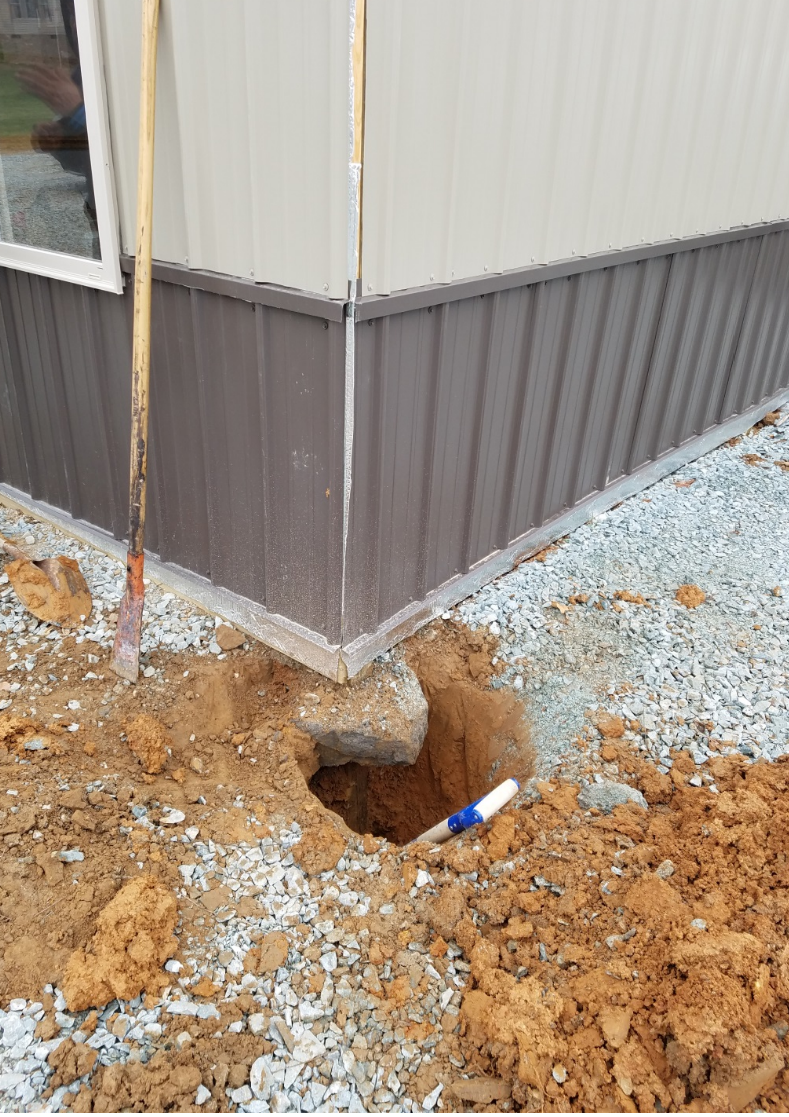 There are not a thousand words invented to describe the true awfulness of this building.

To my loyal readers, I know I have occasionally ranked on pole building poor workmanship done by builders, however this one may very well rate close to the top of the “bad list”. I will share with you only this one single photo to give you merely a small sampling of how bad, bad can be.

This is the corner of the building. To the left of the corner is an endwall. According to the engineered building plans and the Hansen Pole Buildings Construction Manual, at the bottom of each of the endwall wainscot and endwall steel panels there should be a screw of each side of the high ribs.

Doesn’t appear to have happened as planned.

How could this be a problem? In the event of a severe wind event, there could be shear forces upon the endwall steel which are greater than the ability of the single screw to carry – worst case event, building falls down, goes boom. And it isn’t covered under warranty as the building was not constructed per the engineered plans.

In the picture are shown the base trim at the bottom of the wall steel. Done correctly, it should neatly wrap around the corner, nope – not on this corner. Which is probably a good thing (maybe) because the bottom of the steel on the two adjoining walls is not at the same height!

When the corner trim is eventually installed, another problem is going to crop up – the wainscot trim has not been properly held back to allow for the corners to be installed.

The concrete around the top of the corner column.

It is supposed to be at the bottom of the hole. Properly located it will keep the building from settling, overturning and uplifting. This is pole building poor workmanship.

As it is installed, if there ever happens to be a frost issue, what is known officially as a “top collar” gives added surface for frost heave.

As my 23-year-old daughter Allison would say, “Face-wall, when face-palm just isn’t enough”.