Over the years my lovely bride and I have spent many a night in one hotel or another in nearly every state in the continental United States. We’ve been in small ones and large ones, nice ones and ones which were not quite so nice. One thing which I noticed early on is the great majority of the low rise (four stories or less – as hotels require sprinklers) could have been constructed as post frame (pole) buildings.

Having been in the pole barn industry pretty much my entire adult life (and I turn 60 in November, so it has been a long time) I have yet to have had even an inquiry for a post frame hotel.

It turns out my idea, however, is far from a new one. A businessman named Dale McDonnell constructed the Crossroads Inn at the intersections of Highways 18 and 79 in Martin, South Dakota. Originally constructed in about 1990 with 24 rooms, McDonnell based his design off a basic pole barn and received a Design of the Year award for his endeavors. In 1996, McDonnell’s post frame hotel added ten more units. https://crossroads-inn.net/

Cost – the lower the initial investment, the greater possibility of being able to have reasonable rates and generate a profit. The savings in foundation costs alone can amount to tens of thousands of dollars on a hotel project. Use steel roofing and siding and save even more as compared to other cladding choices.

Speed – time is money. Post frame construction can cut weeks off the time needed to go from breaking ground to being protected from the weather. This reduces the amount of time construction lending needs to be in place, as well as getting weary travelers off the road and settled into comfortable and safe surrounds quicker – generating revenues faster for the owners.

Low Maintainence – the use of steel roofing and siding provides for a finished product which does not require repainting and will look bright and new for decades.
Part of a hotel chain with pre-existing plans? There is a good chance those plans can quickly be adapted to post frame.

If I was considering entering the hotel business, I would certainly look closely into following the lead of Mr. McDonnell and give post frame an opportunity. 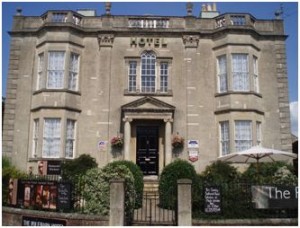